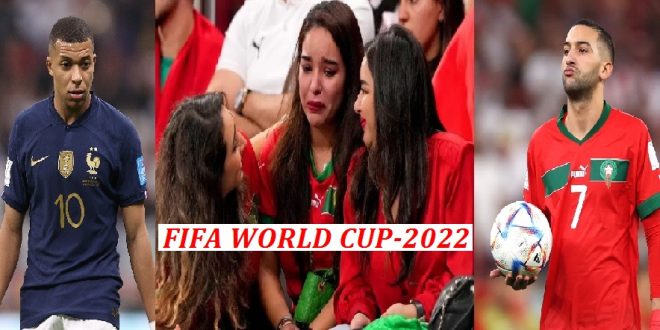 RABAT: Moroccan hopes of becoming the first African nation to reach the World Cup final have ended in despair after their side lost 2-0 to France. 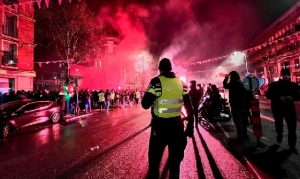 Supporters gathered across Morocco, in Europe, and in the host nation Qatar were hoping they could overcome their former colonial rulers but it was not to be with goals from Theo Hernandez and Kylian Mbappe seeing the world champions into the final.

“We lost but we’re very proud,” a fan in Casablanca told media.

There was a large police presence in central Paris for the fixture, as France is home to hundreds of thousands of people with Moroccan heritage.

As well as Moroccan flags the colors of other North African countries were waved by supporters who had gathered on the Champs Elysees.

Riot police were seen in other European cities, including Brussels, where Moroccan fans had marked previous victories in their World Cup campaign by letting off flares and fireworks.

In The Hague, Netherlands, the weather and defeat seemed to curtail fans’ post-match activities.

Flares were lit in the street after the match ended, but Dutch-Moroccans told media they were trying to keep the peace but at the fan zone in the Mohammed V stadium in Casablanca, one supporter said the semi-final result was 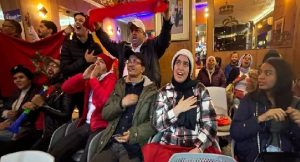 “ok”, adding “it’s the game”. Many of those watching said they believed that their side’s run at the World Cup in Qatar was just the beginning of a promising future for Morocco’s footballers.

At the oldest cafe in Casablanca, fans became increasingly frustrated as their team struggled to score.

One supporter who grew up in France but was born in Morocco said he wanted the country to win because it was “time for Africa to lift the World Cup”.

Moroccan fans were also watching the game in a large tent erected in the grounds of Madrid’s Casa Arabe cultural centre. Traditional Moroccan snacks were handed around as fans cheered their team on.

“Despite everything, I am proud of our team,” Inas, an English teacher from Rif, who wore a Moroccan national team shirt, told media.

“They represented more than football, they gave us a symbolic victory in so many ways, the international attention and respect they gave us.” 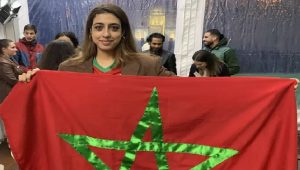 Munir, a petrol station attendant originally from Casablanca, was chanting with a group of friends throughout the game and although he was upset when France’s second goal went in, he was still upbeat.

“This is a once in a lifetime event,” he said, of the Moroccan team reaching the semi-finals. “Not even our children will witness this again. It has meant everything to us.”

In Cricklewood, an area of north-west London in the UK, Moroccan supporters gave a huge cheer as the final whistle blew.

Fans there felt an immense pride in how their team performed. In freezing conditions, Moroccan nationals watched under blankets, drinking tea and smoking shisha.

Tunisians, Algerians and Egyptians were in Cafe Prego. “We are all one nation”, said one fan who believes the tournament in Qatar has been the best World Cup ever and has united London’s Arab diaspora. (Int’l Monitoring Desk)