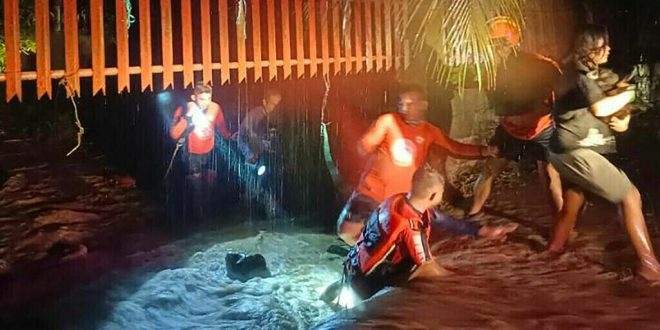 MANILA: The death toll from Christmas day rains and flooding in the southern Philippines has risen to 13, according to the country’s disaster management council, with a further 23 people still missing. 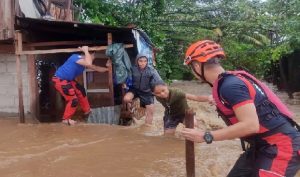 Most of the deaths were caused by flash floods after two days of heavy rains over Christmas, which affected more than 166,000 people and forced more than 45,000 to take shelter in evacuation centres, the National Disaster Risk Reduction and Management Council said on Tuesday.

Images on social media show coast guard, police and firefighters wading through waist-deep floods and carrying residents along landslide-hit areas and out of inundated villages and streets. Twelve roads were flooded by overflowing rivers, and more than 20 areas in the affected region were still without power on Tuesday, according to local news outlet Inquirer.net.

Unlike previous disaster brought on by tropical storms in the Philippines, the latest torrential rains and flooding was the result of a shear line an area where warm and cold winds meet and cause huge rain clouds to form.

The fatalities included a one-year-old girl and a 64-year-old man who drowned in separate incidents in Camarines Sur province, about 270km (168 miles) southeast of Manila. Four more were reported killed in the southern province of Misamis Occidental, including a 68-year-old woman who suffered a heart attack after being rescued. 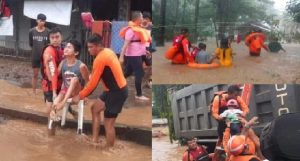 Those still missing are mostly fishers who went out to sea despite the dangers associated with bad weather, the disaster agency said.

Rescue operations are continuing, and damage to agriculture is being assessed, Carmelito Heray, head of the disaster agency in Clarin town in Misamis Occidental province, told DZBB radio station.

The country’s weather bureau, Philippine Atmospheric, Geophysical and Astronomical Services Administration (PAGASA), said on Tuesday that the shear line persists and will see heavy rainfall continue in parts of the country, and rain-induced landslides are likely in some areas.