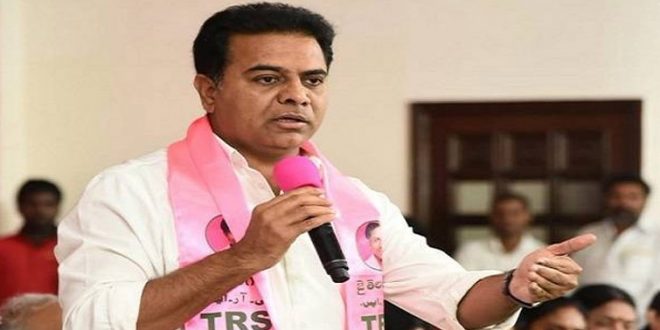 Hyderabad, Jan.21 (PMI): Municipal and IT Minister KT Rama Rao today said that Dalit Bandhu will be implemented in a phased manner by March in selected villages on four sides of the state. The minister urged the Centre to give funds for development under SRDP and other projects. 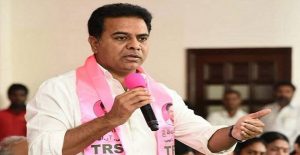 KTR visited the Siricilla segment and held a review meeting on development. 479 health teams on fever surveys and the segment will get all vaccination to people.  He said that the government will deposit Rs 10 lakhs each into the accounts of selected SC beneficiaries as a pilot project and expand to other places.

He informed the union finance minister Nirmala Sitharamana that they plan to develop the youngest state in a phased manner. More works are taken up under SRDP to complete flyovers, roads and facilities, he said, adding that the Centre has to give necessary support and funds. SRDP second phase of works estimated at Rs 18000 cr as it required about Rs 35000 cr he informed the Centre. KT Rama Rao also explained about various projects to provide the best facilities in the city and the state with more roads and flyovers.

The minister also said that the Mana Vuru Mana Badi  program will give a fillip to the schools in the villages with English medium and more facilities. We plan to develop all 26000 schools in the villages by spending Rs 7269 cr to provide facilities, landscaping, power, water supply and others, he said. The Minister asked BJP chief Sanjay to impress the Centre and FM Nirmala Sitharaman to give more funds for development. Sanjay should ask the Centre to give funds for textile parks and other projects being sought for state development.

He accused the Modi Government of showing partisan attitude towards the youngest state of Telangana. We demand the Modi Government to set up ITIR, Textile Park in Warangal, handlooms clusters in various places in the state and allot funds in the budget. Or else we will fight against the Centre for our rights and demands to be met, the minister said. I will urge the union finance minister to give funds to the state. He asked for Rs 14000 cr under SRDP to the state towards development programs, he said. He asked Nirmala to give funds for Metro Neo project as the state government spends huge funds for more roads, flyovers and other works.

As part of Make in India and Atma Nirbhar Bharat program the Centre has to give more funds to the state to develop in all sectors, the minister said. The minister also informed about the roads development, expansion and link roads being laid besides several corridors in a full swing. (PMI)