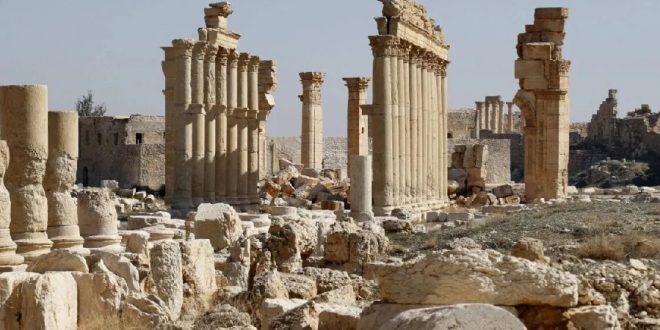 BEIRUT: The severe power shortages plaguing Lebanon are not only hitting homes and private institutions, but are also affecting major cultural centres and putting priceless exhibits at risk. 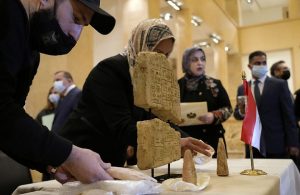 The National Museum of Beirut experienced even worse blackouts than usual over two weeks in August, receiving only one or two hours a day of state-provided electricity, with no funds for generator fuel.

“The experience was paradoxical, because of course seeing the museum completely blacked out was sad, it was the perfect metaphor for the whole country but at the same time, I have to admit that the feeling of being in the museum in that situation was somehow magical in a twisted way,” Rubio told media.

“They didn’t charge us or any of the visitors because of the absence of light,” she said. “It gave me the opportunity not only to enjoy the museum in a different way, but to also have a perfect comprehension of what the real situation of the country, economy and energy system is like.”

The Culture Ministry says it has resolved the situation for now by providing the museum with funds to buy generator fuel, which is essential for protecting the exhibits requiring climate control but while the situation may be stable for now, when the funds run out, a new plan will be needed to secure the museum’s survival. 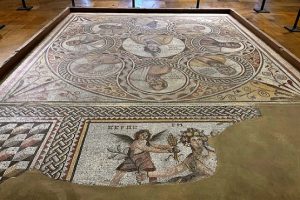 Opening hours have been restricted to cut down on fuel consumption.

Like most businesses and institutions in Lebanon, the museum faces challenges because of the economic meltdown that began in 2019. Blackouts are a daily occurrence in Lebanon now, with state power providing only one hour a day in most areas.

“You have to fight and to continue especially because, despite the lack of electricity, we had between 150 and 250 people visiting daily,” museum director Anne-Marie Afeiche told media.

“We are dealing with problems like everyone with the (salaries of the) guards, the employees, issues paying for the maintenance or cleaning but we are still standing,” she added.

“Like the country, we don’t know what will happen tomorrow.”

‘This is our treasure, our heritage’

Opened in 1942, Lebanon’s principal archaeology museum currently displays about 1,300 artefacts from a collection of 100,000 pieces ranging from prehistoric times to the Roman, Phoenician, Byzantine, and Mamluk periods. 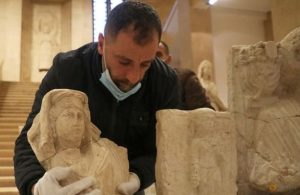 For the museum’s stone objects, climate control is not an issue but for items such as frescoes, mummies and textile, metal or organic artefacts like Bronze Age weaponry and Roman leather armour, temperature and humidity control and therefore power is essential.

Afeiche said the museum is closely monitoring sensitive objects for damage or changes.

“These collections cannot be replaced. This is our treasure, our heritage, and we have to take care of it in the best way.”

She said it is often the fluctuations between hot and cold and wet and dry caused by blackouts that pose the biggest dangers.

“So really, we dodged the bullet, as it was only two weeks with very bad power situation and now things are better.”

The International Alliance for the Protection of Heritage in Conflict Areas (ALIPH) has been working with the museum since the 2020 Beirut port blast, pledging $5m to aid cultural institutions and monuments damaged in the explosion or threatened by the country’s challenges.

The museum’s generators were damaged in the blast and are still not fully repaired. The power situation in Lebanon has only worsened since the port blast, amid a plummeting currency and skyrocketing fuel prices. 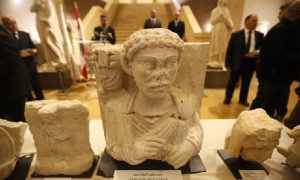 In November 2021, ALIPH provided $15,000 for fuel purchases, to ease the pressing power issues.

When those funds ran out and the museum was once again without regular power, ALIPH reassessed the situation and approved a grant of $130,000 in February 2022 to be used for solar power installation, to be implemented by Paris’s Louvre Museum in coordination with Lebanon’s General Directorate of Antiquities (DGA).

“It’s a necessity and we know how much the DGA is struggling with preserving the objects and keeping the museum at certain levels, in terms of temperature and humidity,” ALIPH project manager David Sassine told Al Jazeera.

“The most favourable [scenario] is to keep any object in very stable conditions, (otherwise) ageing of these elements will be catalysed in a big way.

“Instead of restoring the generators when it’s unsure that there will be enough fuel supply, we chose a more sustainable approach focusing on renewable energy to make sure the museum is autonomous in terms of the power supply.”

Despite the urgency of the project, the solar panels cannot be installed until the council of ministers officially approves the grant and all the technical aspects are mapped out. 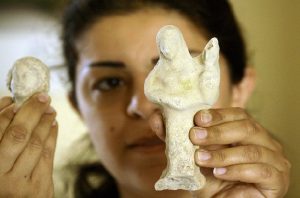 Sassine believes that the approval will be signed soon and the panels may be installed by December, but ultimately the timeline rests on the expediency of the Lebanese government.

ALIPH has now approved another grant of $15,000 for fuel, to help keep generators on until the solar system can be installed.

In the meantime, the DGA and the Ministry of Finance decided in September to raise entry prices for all museums and archaeological sites managed by the government to generate more income for maintenance and other expenses.

The museum will have to rely on locals with access to dollars or tourists and expats to keep afloat, especially with the influx of visitors into Lebanon in recent months.

Afeiche says the museum relies primarily on income from the museum’s shop and other facilities for most maintenance and cleaning expenses.

“The National Heritage Foundation built an extension to the museum [in 2020], which will eventually be inaugurated with a cafeteria,” she added. 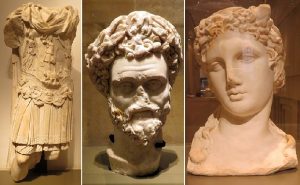 “It’s always the [shop], the restaurants and the cafeteria that helps the museum sustain (itself). It’s not very often that ticketing is the main income.”

The extension, which had its inauguration delayed due to the pandemic, does not have an official opening date yet. Afeiche is optimistic that, with the addition of a café and the solar power installation, the National Museum will thrive once more and safeguard Lebanon’s historical treasures.

The museum hopes to make the most of an uptick in tourism this year, with COVID restrictions worldwide easing and the devaluation of the Lebanese pound, including a lot of expats.

“We had a lot of Lebanese visiting and I’m always very proud when they do, because these Lebanese often live abroad and when they come back to see the family, they feel like coming to the National Museum, with their friends or friends coming with them”, “it’s very important to give back the sense of national pride and heritage that they have.” Afeiche said. (Int’l News Desk)