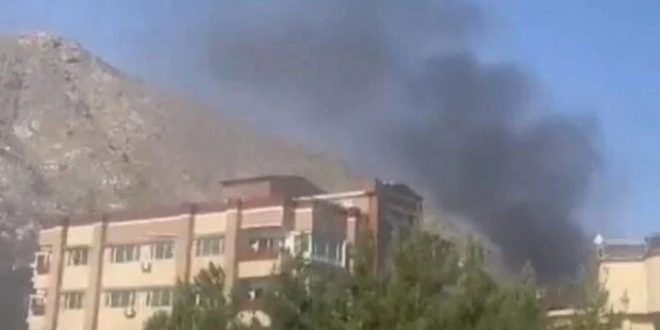 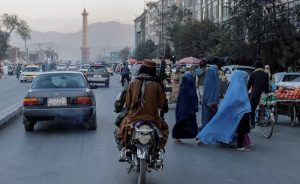 KABUL/ ISLAMABAD: An attack on a Sikh temple in the Afghan capital of Kabul killed at least two people and injured seven on Saturday, following a blast in a car loaded with explosives, officials said, but there was no immediate claim of responsibility.

Grey smoke billowed over the area in images aired by domestic broadcaster Tolo. A Taliban interior spokesman said attackers had laden a car with explosives but it had detonated before reaching its target.

Taliban authorities were securing the site, he added.

“There were around 30 people inside the temple,” said a temple official, Gornam Singh. “We don’t know how many of them are alive or how many dead.”

Temple authorities did not know what to do, as the Taliban were not allowing them inside, Singh told Reuters.

A spokesman for Kabul’s commander said his forces had taken control of the area and cleared it of attackers. One Sikh worshipper had been killed in the attack and one Taliban fighter killed during the clearing operation, he added. 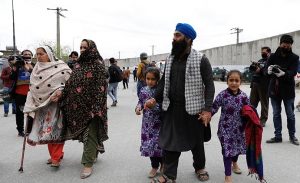 Since taking power in August, the Taliban say they have secured Afghanistan, although international officials and analysts say the risk of a resurgence in militancy remains.

Some attacks in recent months have been claimed by Daesh.

Sikhs are a tiny religious minority in largely Muslim Afghanistan, comprising about 300 families before the country fell to the Taliban but many left afterwards, say members of the community and media.

Like other religious minorities, Sikhs have been a continual target of violence in Afghanistan. An attack at another temple in Kabul in 2020 that killed 25 was claimed by Daesh.

Saturday’s explosion follows a blast at a mosque in the northern city of Kunduz the previous day that killed one person and injured two, according to authorities.

Meanwhile, a bomb blast at a mosque in northern Afghanistan killed at least one worshipper and wounded seven others during Friday prayers, police said.

The explosion occurred in the northern province of Kunduz in a district where dozens of worshippers had been killed in April in a similar bomb attack.

“The explosives were placed inside the mosque. The blast occurred when worshippers were offering Friday prayers,” he told media. 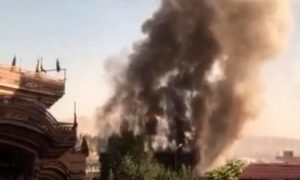 A medic at the provincial hospital confirmed the toll of dead and wounded.

No group has so far claimed responsibility for the attack officially but the independent sources claimed that ISIS (Daesh + Taliban + Al-Qaeda) is involved in attacks and will take responsibility soon.

The Taliban’s takeover of Afghanistan from a US-backed government last year has seen the number of bombings in the country fall, but Daesh has continued to target minority communities in attacks.

A string of bombings hit the country during the Muslim holy month of Ramadan, which ended in Afghanistan on April 30, some of them claimed by Daesh.

On April 22, a blast at a mosque in Imam Shahib district killed at least 36 worshippers and wounded scores more in one of the deadliest attacks to take place since the Taliban returned to power.

That blast targeted members of the minority Sufi community who were performing rituals after Friday prayers.

The regional Daesh branch in Afghanistan has repeatedly attacked Shias and minorities like Sufis, who it says are heretics.

Taliban officials insist their forces have defeated Deash, but analysts say the group is a key security challenge for Afghanistan’s current rulers.