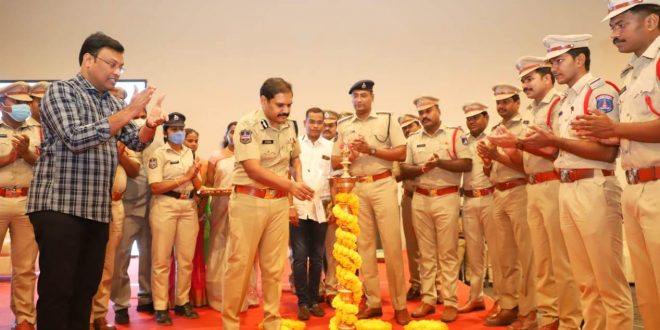 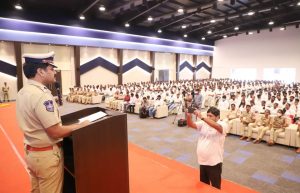 Hyderabad, April 8 (PMI):  Cyberabad Police Commissioner Stephen Raveendra, IPS, today inaugurated the “Mega police pre-recruitment training program” at the V Convention, Kompally, Medchal and the training program being conducted at PTC (Police Training Centre) at Kandlakoya, Medchal from April 8. The inaugural program was organized by G. Sandeep, DCP, Balanagar Zone. DCPs and ACPs of Cyberabad and all Inspectors of Balanagar Zone and some 1,500 students along with their parents attended the program. 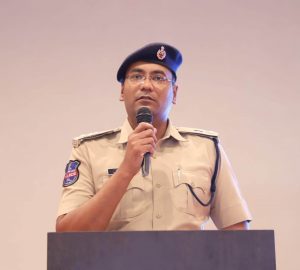 Today, the Cyberabad CP formally started the Police Pre-Recruitment Training program by lighting a lamp. The CP stated that meticulous planning and execution will get the success for the aspirants.

The CP stressed four important suggestions to job aspirants. They are: Preparation should start with analyzing previous papers. The candidates should study the previous question papers and analyze them to understand the pattern of the examination thereby they can smartly get success by preparing accordingly; systematic and smart approach will help to crack the competitive exams; Time management is the key in competitive exams; aspirants should prepare a scheduled timetable for each subject to cover the entire syllabus and take as many as mock tests to get grip on the syllabus. 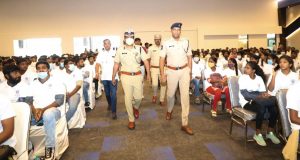 The CP advised the aspirants not to believe in rumours and broker words regarding the police jobs. The exams will be conducted by TSLPRB and the entire process of recruitment will be conducted in a transparent way. In the forthcoming days, separate coaching centres for women will be provided. He said the PRT program is also helpful for other competitive exams like Banking, SSC and so on. He also asked the candidates to stay away from social media, friends, functions and fear till they achieve their success.

The DCP Balanagar the candidates will be a connecting link between the community and Police in controlling the drug usage in Balanagar Zone. Today the constables selected earlier addressed the candidates and shared their experiences and success to motivate the aspirants. The participants were PJR Coaching chairman Jagadeeshwar Reddy, and All SHOs, SIs of Balanagar Zone. (Press media of india)