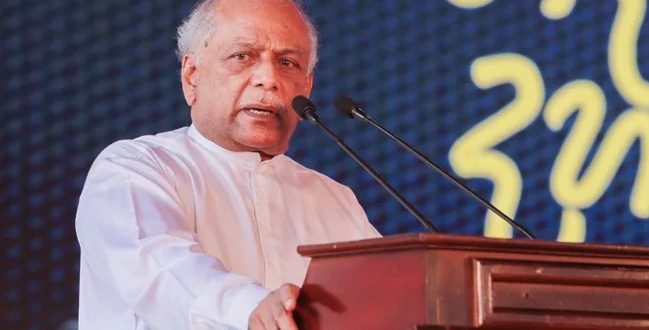 COLOMBO: Senior Sri Lankan lawmaker Dinesh Gunawardena was sworn in on Friday as the new prime minister, his office said, a day after the swearing-in of a new president as the Indian Ocean nation grapples with its worst economic crisis in decades. 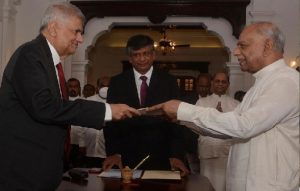 The event came just hours after security forces raided a protest camp on government grounds in the main city of Colombo and cleared part of it, with at least nine arrests, as the new administration moves to crack down on protesters.

A former minister from the Podujana Peramuna party, Gunawardena took the oath of office in the presence of Wickremesinghe, seated in front of uniformed military officers in a room packed with lawmakers and officials.

The rest of the cabinet is expected to be sworn in later on Friday.

Sri Lanka’s crisis, the result of economic mismanagement and the fallout of conflict in Ukraine, sparked months of mass protests and eventually forced then president Gotabaya Rajapaksa to flee the country.

Wickremesinghe declared a state of emergency while seeking a bailout from the International Monetary Fund.

On the other side, veteran politician Ranil Wickremesinghe was sworn in as Sri Lanka’s new president on Thursday, a day after winning a vote in parliament and urging the island nation to come together to find a way out of its worst economic crisis in decades. 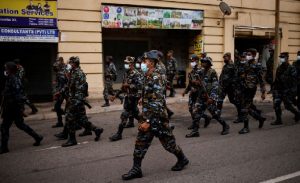 The six-time prime minister succeeded Gotabaya Rajapaksa who fled Sri Lanka and resigned from his post last week after mass protests over his handling of the economy. The swearing in ceremony was conducted in parliament, and presided over by the country’s chief justice.

The country of 22 million people has been crippled by a severe financial crisis, with a lack of foreign currency leading to shortages of essentials including fuel, food and medicines.

The protest movement that pushed out Rajapaksa, the first sitting Sri Lankan president to quit office remained largely muted, despite Wickremesinghe’s unpopularity among some sections of the population.

Only a handful of people were present outside the presidential secretariat on Thursday, a colonial-era building that was stormed by a sea of protesters earlier this month along with the president and prime minister’s official residences but some have vowed to fight on against Wickremesinghe. 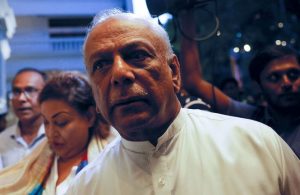 “We won’t give up because what the country needs is a total system change,” said Pratibha Fernando, a protester at the secretariat. “We want to get rid of these corrupted politicians, so that’s what we are doing.”

Hours after winning the parliamentary vote on Wednesday, Wickremesinghe appeared to distance himself from the powerful Rajapaksa family that has dominated politics in Sri Lanka for decades.

Wickremesinghe, who earlier served as prime minister and finance minister under Rajapaksa, has been involved in negotiations with the International Monetary Fund (IMF) for a bailout package worth up to $3 billion.