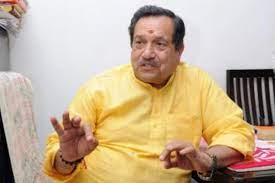 New Delhi, Sep 23 — Senior RSS leader Indresh Kumar on Friday termed as “appropriate” the NIA-led crackdown on the PFI and took exception to incidents of violence during a hartal called by the Islamic group in Kerala, saying the Sangh too was banned in past but it never took the path of violence to resist. The Popular Front of India (PFI) is facing the crackdown based on its “track record” collected by the central government from time to time and a violent reaction to the action proves they do not have faith in humility, peace and Constitution of the country, he added. The PFI gave a call for a state-wide hartal in Kerala following arrest of its 106 leaders and activists in near simultaneous raids in 15 states by multi-agency teams spearheaded by the NIA on Thursday for allegedly supporting terror activities in the country. 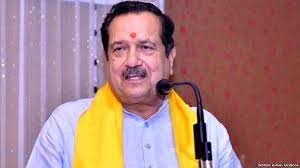 Kerala on Friday witnessed widespread stone pelting at public transport buses, damaging of shops and vehicles, and sporadic incidents of violence in many places during the statewide dawn-to-dusk hartal. “The governments had imposed a ban on Sangh (RSS) also in 1948, 1975 and 1992. But, it never organised a violent movement or took the path of violence to resist. It resisted all the lies peacefully, constitutionally and legally, and won. The governments were proved wrong,” Kumar told reporters, when asked for his comments. “Hence, if they take the path of violence, it proves that they don’t believe in humility, peace and the Constitution as well as unity and integrity of Bharat (India),” he added. Kumar, Rashtriya Swayamsvak Sangh’s (RSS) national executive member, was speaking to reporters on the sidelines of an event organised to mark the 104th Haifa Victory Day at the Teen Murti Chowk here. He termed the crackdown as “appropriate” and said the action is being taken on the basis of PFI’s “track record” collected by the central government “from time to time, not by political party”. “Action against PFI, terrorists in Kashmir and Naxalites in tribal areas of Chhattisgarh is always appropriate. All should come together and stand by the government to reject these violent anti-national forces,” he said. “The government’s action is necessary to protect the Constitution, democracy, humanity and Indianness,” he added.