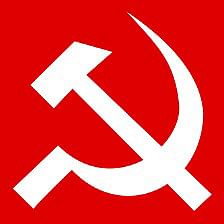 CPI demands for abolition of CBI

Hyderabad, Oct.31 (PMI): The left party from the state today demanded the abolition of Central Bureau of Investigation (CBI), which is the apex investigation agency of the country. The state secretary of the party Kunamneni Sambasiva Rao said that the agency had become a caged parrot in the country.

Commenting on the cash for MLA scam, he said that an inquiry by a sitting judge of the Supreme Court of India should be held in the issue and added that the role of Union Home Minister Amit Shah should also be probed in the case. Targeting BJP state president Bandi Sanjay Kumar, he warned that they would corner the saffron party chief, who has been making abusive and insulting remarks against the left parties of the state.

Speaking to media persons along with the party leaders Syed Aziz Pasha, national executive council member Chada Venkat Reddy national council member Palla Venkat Reddy and other at the state party headquarters, Rao asked the BJP leaders whether they would swear that they did not spend single penny in the ongoing by-election campaign in munugodu assembly constituency. He mocked that Bandi Sanjay has more faith in his vows than the judicial system of the country. He alleged that Sanjay did not like the constitutional bodies of the country. He ridiculed that Sanjay also took oath on behalf of the accused of the cash for MLA scam. He made it clear that the BJP led central government had played an active role in ensuring the collapse of opposition party led state governments in eight states of the country and asked Sanjay if he would ask his party prime minister Narendra Modi and union home minister Amit Shah to take oath by stating that they were not behind the collapse  of the state governments in eight states.

He alleged that the central government was trying to implement the three black agriculture laws of the country in a different manner. He said that they would have an alliance with progressive political parties in the state and added that they did not need any lesson from the BJP on the issue while stating that they will show their actual power to their arch rival. (PMI)