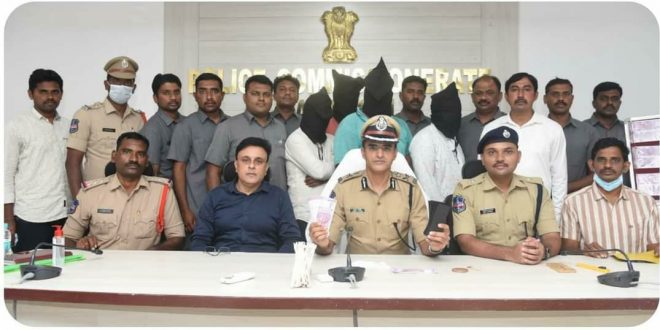 Hyderabad/Warangal Feb 9 (PMI): Amid the demonetization in the year 2016 several fake currency rackets have been coming into the play where central and state agencies are working hard to stop this and many apprehensions have also happened in the past related to fake currencies. Recently a gang of four members who were cheating people with fake currency notes were arrested and recovered fake currency of worth Rs 26.80 Lakhs (Rupees Twenty Six Lakhs Eighty Thousand only) and other material from them.
Dr Tarun Joshi (IPS) Commissioner of Police Warangal appreciated Vaibhav Gaikwad (IPS) Addl DCP of Task Force, CI Wardhannapet and their team for apprehending the gang who were cheating the people of warangal. (Press Media of India)