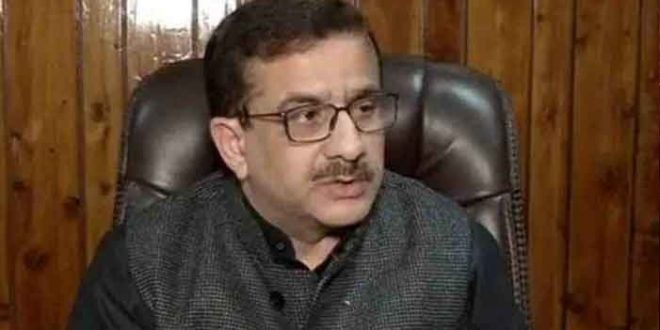 NEW DELHI: Former Uttar Pradesh Shia Waqf Board Chairperson Waseem Rizvi, who has courted controversy on more than one occasion in the past over his bizarre views, has renounced Islam and decided to convert to Hinduism. 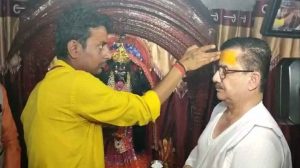 As per Indian media reports, the infamous cleric was converted to Hinduism by Yati Narsinghanand, who serves as the head priest of the Dasna Devi temple in Ghaziabad.

Jitendra Narayan Singh Tyagi will be his new name after the conversion, confirmed an Indian media report.

The controversial cleric said he considers himself “removed from Islam”, adding that the alleged prize money on his head increases every Friday.

“Today I am embracing Sanatan Dharma,” he added. 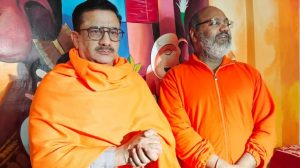 “Waseem Rizvi Sahab is now a part of our Hindu Sanatan Dharma, no fanatic should dare to issue a fatwa against him. The central and state governments should provide him proper security,” he added.

The infamous cleric had triggered anger among Muslims when he filed a Public Interest Litigation (PIL) seeking the removal of some verses of the Holy Quran that he claimed taught violence.

The Supreme Court had, however, dismissed his appeal.

Rizvi courted another controversy and invited the anger of Muslims worldwide when he released a book that depicted Holy Prophet Muhammad (PBUH) allegedly in a bad light.

After he injured the sentiments of millions of Muslims worldwide, Rizvi claimed he was receiving threats and had stated his desire to be cremated according to Hindu rituals, rather than be buried.

Rizvi had stated in a video that his body must be handed over to his Hindu friend, Mahant Narsinghanand Saraswati of the Dasna temple, and he should light his pyre.