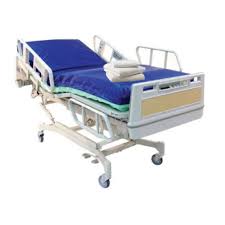 about the treatment and health services by the hospital officials and staff. He asked the officials to prepare proposals for a 500-bed hospital to come up in the district. He also inspected the old 350-bed hospital, which was in a pathetic condition. Soon the new hospital will be built by demolishing the existing one, Rajender said.
The TRS Government was keen on providing better health care and medical services to the poor in the districts. The new hospital will be helpful to the people coming from old Karimnagar and Adilabad districts, he said. In addition to the existing 150-bed Mother & Child care facility, another 100-bed hospital will be built, he said, adding that better health facilities would be provided by the government soon, the Health Minister said. He also said vacant posts of doctors and others will be filled in the hospital.

Share
Previous CM seeks report from sarpanch on development of his native village
Next 6.46 kg gold seized at RGIA, 14 from Jeddah held

02-12-2022 IDAHO, MOSCOW: Four University of Idaho students who were murdered in a crime that …