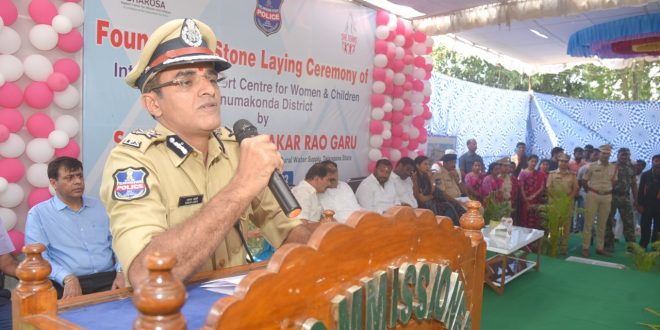 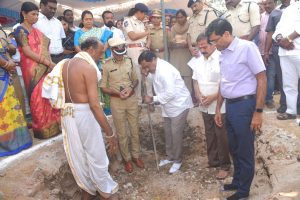 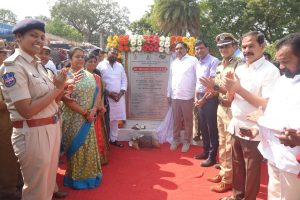 Warangal’Nov;25’2022 (pressmediaofindia)Minister Errabelli Dayakar Rao laid the foundation stone for the construction of the new building of Bharosa Kendra, which is being newly constructed by Police Lines in Rangampet, Warangal in collaboration with Gemini Edibles and Fat Private Company under the jurisdiction of Warangal Police Commissionerate.

Speaking as the chief guest for the foundation laying ceremony, the Minister of Panchayat Raj, Rural Development and Rural Water Supply, Mr. Errabelli Dayakar Rao said that Hon’ble Chief Minister Mr. KCR is very serious about the safety of women and that is why he has set up She Teams Bharosa Kendras like no other in the country. . He 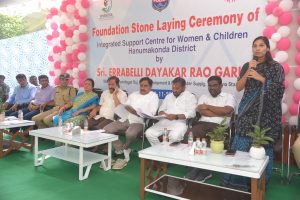 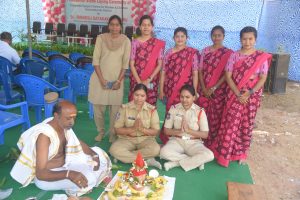 warned that the perpetrators of anarchy in the state will not be ignored. In addition to asking the authorities to bring about change in the people regarding women, there should be changes in the people along with the establishment of Bharosa Kendra. There are rapists in the society. They should be dealt with strictly, the Chief Minister is persistent in the matter of women’s safety, and as the police are working smartly in the state, the government is giving them the same level of authority and respect. In my 40 years of political life, no one has given the police the priority given by this government, in the previous governments, the police were assigned proper 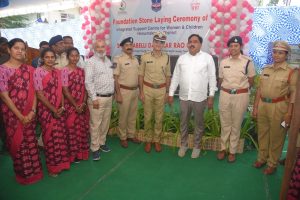 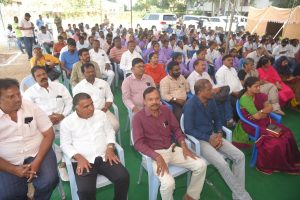 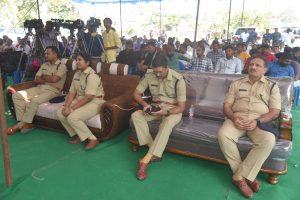 Earlier, MP Pasunuri Dayakar said that the police are friendly in Telangana, we are number one in the country and the efforts made by the police to keep the state calm is amazing. Mayor Mrs. Gundu Sudharani said that since the formation of Telangana state, SHE Teams, Bharosa and Sakhi Centers have been established as a role model in Telangana country with the aim of protecting women. He said that it is gratifying that Gemini Edibles has come forward to provide assurance, and similarly, Warangal Police Department is working hard to prevent drug addiction. Chief Whip Shri Dasyam Vinay Bhaskar said that CM KCR is providing security and safety to women while providing welfare and development, he is providing security to women like nowhere else in the country by setting up Shi Teams, the friendly centers where women can share their problems are female police stations, Bharosa Kendras and some children. In order to protect them while putting them in heaps, the ICDS staff have put many vehicles to protect them from doing such things. If someone doesn’t want your kids – reassurance centers don’t leave them anywhere. We are putting swings. They requested to leave it. In this program, Police Commissioner first explained the functioning of Bharosa Kendra.