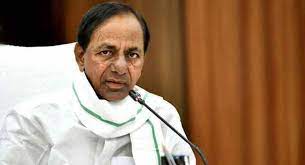 The Chief Minister, who reached the project site by helicopter from Hyderabad, was accompanied by Energy Minister G Jagadish Reddy and senior officials of the electricity department. He inspected all works by visiting various floors at the construction site and later examined the works with an aerial view.

After the inspection of works,  Chief Minister K Chandrasekhar Rao held a review meeting with officials concerned and directed them to complete the works by December, 2023.

Stating that all precautions should be taken and quality must be maintained during the execution of works, the Chief Minister directed the officials to complete the works within the deadline and start the generation of power immediately.

The 4,000-megawatt (MW) power station — billed as the biggest thermal plant in the public sector so far — is being constructed  at an estimated cost of Rs 29,965 crore.

Officials expect that once the project is commissioned, Telangana will no longer have any power deficit. Bharat Heavy Electricals Limited (BHEL) has bagged the contract for the construction of the supercritical plant, which will have five units of 800 MW each.

Share
Previous VP Jageep Dhankhar Confers Shilpi Guru and National Awards for handicrafts; says, India is most favored destination for investment in the world
Next Political Campaign heats up for first phase of Assembly polls’Gujrat