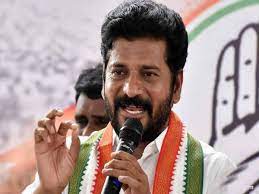 Hyderabad: Telangana PCC chief A Revanth Reddy on Friday slammed Chief Minister K Chandrasekhar Rao, alleging that he had ignored his promise of providing fertilisers to State farmers free of cost. Taking to his twitter account, he said that KCR had promised farmers on April 13,2017 that he would supply fertilisers free; the CM did not keep his promise on the issue even after four years. Reddy demanded KCR to fulfil the promises made to farmers, instead of shirking his responsibility by claiming to hold discussions on the issue.