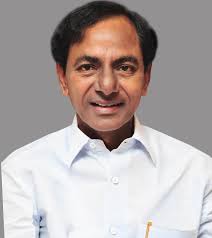 CM Adopts wait & see Policy on GST KCR explains why he revived stir & made state no. 1 in country

Hyderabad,  Chief Minister K Chandrasekhar Rao today opined that having a uniform GST all over the country is an experiment and one has to wait and see its results. He said there was plenty of water available in the Godavari and Krishna rivers and if they are utilized properly both the Telugu States would benefit the most. He recalled that the discrimination and injustices meted out to the Telangana region under the previous AP State under the Andhra rulers; a movement for separate Telangana State had begun. As he reiterated during the Statehood movement, the Telangana State was first on the development and growth index.

The Chief Minister was interacting with former Editor-in-Chief of The Hindu and now Chairman of Kasturi & Sons Limited N Ram, who met KCR in Pragati Bhavan today and presented him with a copy of his book “Why Scams are here to stay”. A discussion took place on the contemporary issues on Telangana Statehood movement and the way the new State was travelling. On the occasion, Ram shot several questions at the Chief Minister, including his opinion on the GST.

“GST is an experiment. Many countries have brought in the GST. Due to some problems at the implementation level, some countries have withdrawn it. We have to wait and see what will be the result. There are divergent opinions on the GST slab system. Several requests were made to the Centre, we have to wait and see how the Centre reacts,” the CM added.

On the Telangana statehood issue, the KCR gave a detailed answer. “In 1956, Andhra State was merged with the then Hyderabad State and Andhra Pradesh State was created. There was severe opposition at that stage. Fazal Ali Commission declared that Telangana State should be a separate entity. Then Prime Minister Pandit Nehru had observed merger of Telangana region with Andhra was nothing but expansionism of the Andhras. Despite this, the Andhra leaders did lobbying in Delhi and got Hyderabad State merged to become Andhra Pradesh. Since the Telangana leaders were under the Nizam’s rule, they had no relationship with the leaders in Delhi. Since Andhra was under the British Raj, leaders from there had close contacts with the Delhi leaders. But the opposition from the people came within nine years of the united AP rule. Protests started in 1966. In 1969, under the leadership of Dr Marri Channa Reddy, a severe agitation took place for the Telangana State. I was in the ninth standard then. I also suffered lathi wounds. My father was a follower of Channa Reddy and Dr Reddy stayed in my house for ten days. Under the united AP rule the discrimination and injustices have increased.

“A new political scene emerged following N T Rama Rao floating a political party. I also joined the TDP and became an MLA. I was in TDP for two decades and served as a Minister too. During Chandrababu Naidu’s tenure as Chief Minister, as a Minister I used to fight with him on daily basis on the injustices being meted out to the Telangana region. In 1999, I told Naidu that farmers will suffer if there was hike in power tariff. But he did not listen. With this, I resigned from my posts and launched the separate Telangana statehood movement. Chief Minister Kiran Kumar Reddy on the floor of the Assembly declared that he would not give even a single rupee to the Telangana region. That was the height of arrogance and highhandedness of the Andhra rulers.

“Discrimination and neglect spread to all the sectors. People in the region waged a movement and gained the separate State. As we have predicted and said during the Telangana movement, the State is marching ahead in the development path. With 21% growth rate we are No. 1 in the country. We are constructing projects to utilize the Godavari and Krishna rivers’ waters,” the Chief Minister explained.

The Chief Minister, who accorded a warm welcome to N Ram, saw him off till the vehicle. 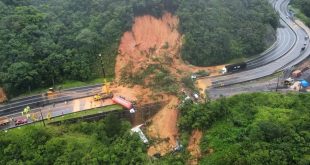