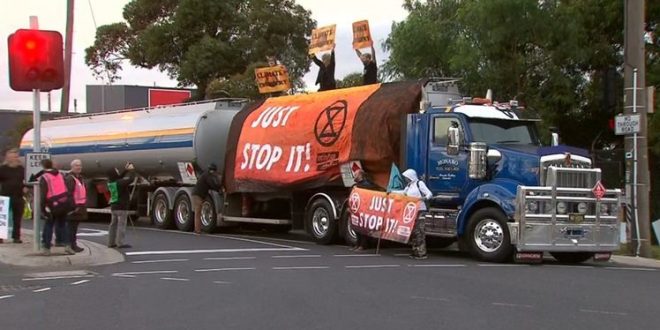 MELBOURNE: Protesters have been arrested after climbing aboard a fuel tanker outside the Exxon Mobil terminal in inner Melbourne.

The Extinction Rebellion demonstration in Yarraville was part of a week long campaign to draw attention to climate change. 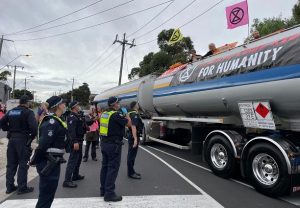 A truckie got caught up in the early morning demonstration when protesters forced his fuel tanker to stop on the road.

The protesters then clambered aboard the truck while others blocked the entrance to Exxon Mobil’s Yarraville terminal.

The truck driver was forced to sit and wait for police intervention while the rebels made themselves at home on top of his rig.

Officers soon assembled in force and got the demonstrators down, arrested three people.

Clean energy advocates have been staging similar protests at fuel depots worldwide – including in the United Kingdom in the past few days.