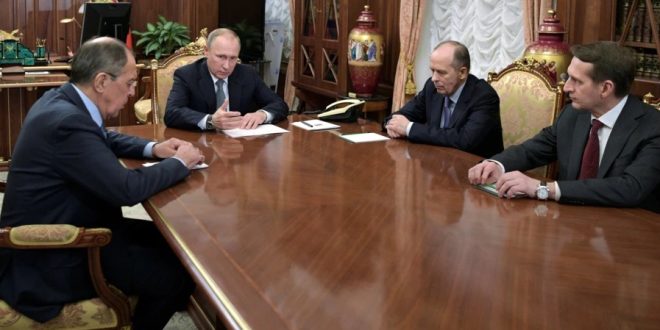 WASHINGTON: US Central Intelligence Agency Director William Burns on Monday will caution Vladimir Putin’s spy chief about the consequences of any use of nuclear weapons, and will raise the issue of U.S. prisoners in Russian jails, a White House spokesperson said. 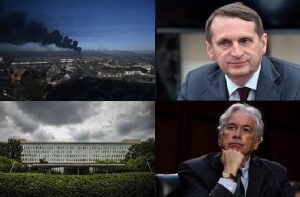 “He is not conducting negotiations of any kind. He is not discussing settlement of the war in Ukraine,” said the White House spokesperson, speaking on condition of anonymity.

“He is conveying a message on the consequences of the use of nuclear weapons by Russia, and the risks of escalation to strategic stability,” the spokesperson said. “He will also raise the cases of unjustly detained US citizens.”

Burns, a former US ambassador to Russia who was sent to Moscow in late 2021 by US President Joe Biden to caution Putin about the troop buildup around Ukraine, is not discussing a potential settlement to the war in Ukraine, the spokesperson said.

“We briefed Ukraine in advance on his trip. We firmly stick to our fundamental principle: nothing about Ukraine without Ukraine.” 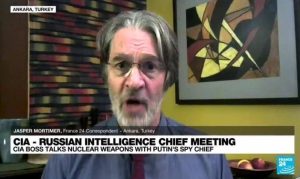 Putin has repeatedly said Russia will defend its territory with all available means, including nuclear weapons, if attacked. Putin says the West has engaged in nuclear blackmail against Russia.

The remarks raised particular concern in the West after Moscow declared in September that it had annexed four Ukrainian regions that its forces control parts of.

The US-Russian contact in Turkey was first reported by Russia’s Kommersant newspaper. The Kremlin, asked about the Kommersant report, said it could neither confirm nor deny it. The SVR did not respond to a request for comment.

Beyond the war, Russia and the United States have a host of outstanding issues to discuss, ranging from the extension of a key nuclear arms reduction treaty and a Black Sea grain deal to a possible US-Russian prisoner swap and the Syrian civil war.

UN Secretary General Antonio Guterres, asked at a summit of the Group of 20 (G20) leading economies in Indonesia about the US-Russian contact in Turkey, said the United Nations was not involved. 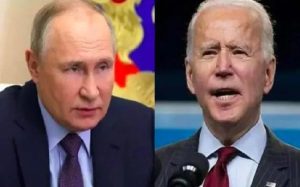 “It’s very positive that the US and Russia are having talks because that is an extremely relevant development in relation to the future, but we are not involved,” Guterres said.

Biden said this month he hoped Putin would be willing to discuss seriously a possible prisoner swap to secure the release of US basketball star Brittney Griner, who was sentenced to nine years in a Russian penal colony on drugs charges.

Former US Marine Paul Whelan, who holds American, British, Canadian and Irish passports, was sentenced in 2020 to 16 years in a Russian jail after being convicted of spying. He denied the charge.

Viktor Bout, a Russian arms dealer jailed in the United States, has been mentioned as a person who could be swapped for Griner and Whelan in any future prisoner exchange. (Int’l News Desk)

Share
Previous Biden, Xi prepare to meet ahead of G20 summit
Next G20 summit opens in Bali with a plea for unity