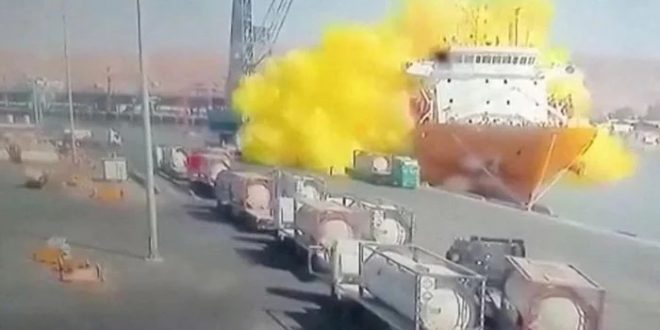 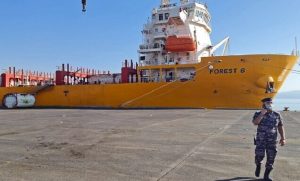 Video carried by state-run media outlets showed a crane hoisting a large tanker from a truck and then dropping it on the deck of a ship, causing an explosion of yellow smoke and sending dockworkers racing away.

Officials said a tank filled with 25 tonnes of chlorine gas being exported to Djibouti fell while being transported.

According to the Public Security Directorate, authorities had sealed off the area after evacuating the injured to hospitals and sent specialists in to address the situation.

State-run Jordan TV said 13 people were killed. Al-Mamlaka TV, another official outlet, said 199 were still being treated in hospitals. The directorate said a total of 251 people were injured.

Dr Jamal Obeidat, a local health official, urged people to stay inside and close windows and doors. The nearest residential area is 25 kilometres away.

Chlorine is a widely used disinfectant and water purification agent, but if inhaled, the gas turns to hydrochloric acid, which can lead to internal burning and drowning as water fills the lungs. 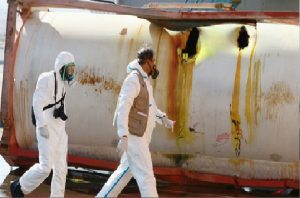 “We asked the ships that were near the area of the tank explosion to stay away from the area immediately,” Director General Muhammad Salman said.

Aqaba port at the northern tip of the Red Sea has long been a major transit route for Iraqi imports and exports, and sits next to the Israeli city of Eilat, just across the border. Both are popular beach and diving destinations.

Specialised teams are still dealing with the leak, the Civil Defence service said on its Facebook page. Evacuation planes were being sent into Aqaba, according to state television.

Prime Minister Bisher al-Khasawneh arrived at Aqaba and headed to a hospital where some of the injured were being treated, state TV reported.

Al-Khasawneh also reportedly formed an investigation team into the incident chaired by the interior minister. 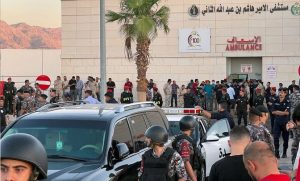 slamming into the deck of a ship, followed by yellow-colored gas rising into the air as people ran away.

Health ministry officials said they expected only a handful of people to remain hospitalized by Tuesday.

Chlorine is a widely used disinfectant and water purification agent, but if inhaled, the gas turns to hydrochloric acid, which can lead to internal burning and drowning through a reactionary release of water in the lungs.

Jordan’s Aqaba grain silos halted work to allow inspection of its grains and for any signs of contamination, but maritime traffic at Aqaba ports continues, officials said.

There were no vessels unloading any grains cargo at the time of the incident, they added. (Int’l Monitoring Desk)