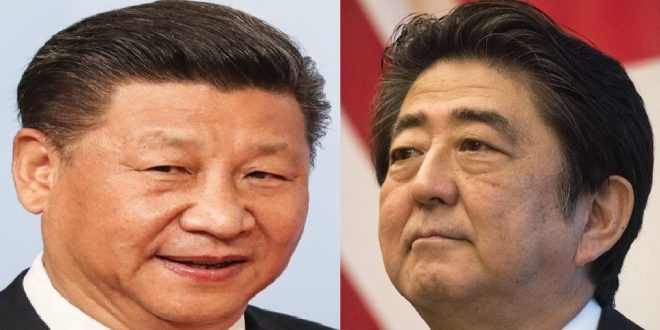 TOKYO/ BEIJING: Former Japanese Prime Minister Shinzo Abe has urged China not to provoke its neighbors or seek territorial expansion, saying that any Chinese military adventure could be “suicidal”. 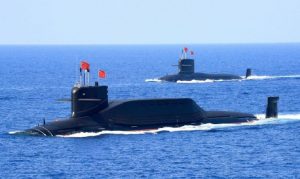 Abe, who stepped down as premier last year but is still influential as head of the largest faction of the ruling Liberal Democratic Party, made the comment in a video message at a security forum.

“An adventure in military affairs, if pursued by such a huge economy like China’s, could be suicidal to say the least,” Abe said on Tuesday.

“We must urge them not to pursue territorial expansion and restrain from provoking, often bullying, their neighbors because it should harm their own interests.”

China claims almost all the energy-rich waters of the South China Sea, where it has established military outposts on artificial islands.

That claim has been declared as without legal basis by the Permanent Court of Arbitration at The Hague – a ruling that China has refused to recognize.

Brunei, Malaysia, the Philippines, Taiwan and Vietnam also have claims to parts of the sea.

In the East China Sea, China claims a group of uninhabited Japanese-administered islets. The dispute has plagued bilateral relations for years and fueled more tensions between neighboring countries. 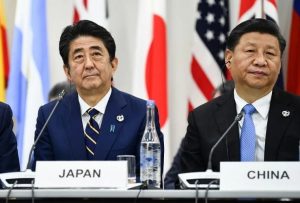 Abe’s remarks follow a comment this month that any emergency over Taiwan would mean an emergency for Japan as well as for its security alliance with the United States, and Chinese President Xi Jinping should not misunderstand that.

Chinese Assistant Foreign Minister Hua Chunying called that earlier remark, made on December 1, “erroneous” and a violation of basic norms of bilateral relations.

Tension over Chinese-claimed Taiwan has risen as Xi seeks to assert his country’s sovereignty claim over the democratically ruled island. Its government says it wants peace but will defend itself if needed.

In recent months, Taipei has also accused Beijing of repeated incursions of its air defence zone, prompting Taiwan to scramble its jets and warn China against more violations. 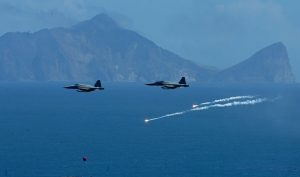 In his message on Tuesday, Abe expressed his support for Taiwan’s participation in a regional trade pact called the Comprehensive and Progressive Agreement for Trans-Pacific Partnership (CPTPP) and the World Health Organization (WHO).

“The United States, Japan and other like-minded countries should work hard to bring Taiwan to international organizations of universal relevance. WHO comes on top of the list,” Abe said.

Taiwan is one of China’s most sensitive issues. Beijing has never renounced the use of force to bring it under its rule.

China considers the island one of its provinces with no right to the trappings of a sovereign state.

Taiwan says only its elected government can represent its people on the world stage. (Int’l News Desk)