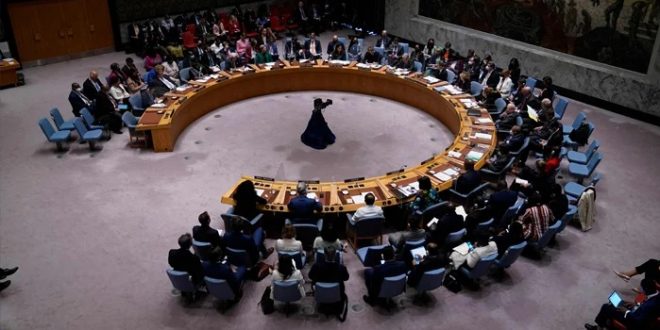 UNITED NATIONS: China and Russia on Thursday vetoed a US-led bid at the United Nations to toughen sanctions on North Korea over its missile launches, laying bare divisions that Western envoys fear would be exploited by Pyongyang. 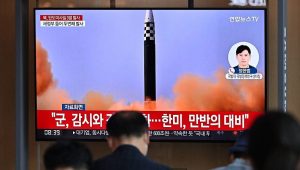 The Security Council resolution put forward by the United States would have reduced the amount of oil North Korea could legally import as punishment for a test Wednesday of an intercontinental ballistic missile.

The resolution enjoyed the support of the 13 other members of the Security Council, although some US allies quietly wondered whether Washington should have gone ahead with the vote knowing the unflinching opposition from Beijing and Moscow.

China, the closest ally of North Korea, and Russia, whose relations with the West have sunk over its invasion of Ukraine, said they would have preferred a non-binding statement rather than a fresh resolution with teeth against Pyongyang.

The United States “should not place one-sided emphasis on the implementation of sanctions alone. It should also work to promote a political solution,” said China’s ambassador to the United Nations, Zhang Jun.

He warned that sanctions would cause an “escalation” and humanitarian consequences for North Korea, one of the world’s most closed societies, which recently announced a Covid outbreak. 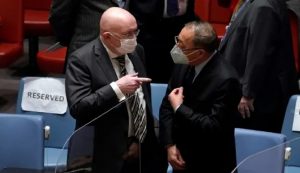 Zhang alleged that the United States wanted the resolution to fail so as to “spread the flames of war” as part of its wider effort to pressure China.

“The crux of the matter,” he said, “is whether they want to use the handling of the Korean peninsula issue on the chessboard of their so-called Indo-Pacific strategy.”

“It seems that our American and other Western colleagues are suffering from the equivalent of writer’s block. They seem to have no response to crisis situations other than introducing new sanctions,” he said.

President Joe Biden’s administration has repeatedly said it is willing to speak with North Korea without preconditions. 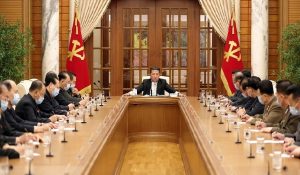 In 2017, before Trump’s outreach to Kim, the UN Security Council voted unanimously three times to tighten pressure on North Korea, with China and Russia also exasperated by nuclear and ICBM launches.

While still offering talks, the United States said that North Korea had clearly violated a 2017 resolution that called for further consequences if Pyongyang fires another ICBM.

The United States and South Korea say that the North fired three missiles on Wednesday, including what may have been its largest ICBM, hours after Biden visited the region.

The missile launches, 23 in total this year, pose a “threat to the peace and security of the entire international community,” said the US ambassador, Linda Thomas-Greenfield.

“Council restraint and silence have not eliminated or even reduced the threat. If anything, DPRK has been emboldened by this Council’s inaction,” she said, referring to the North by its official name, the Democratic People’s Republic of Korea.

She said the United States would pursue unilateral action against North Korea including additional sanctions. 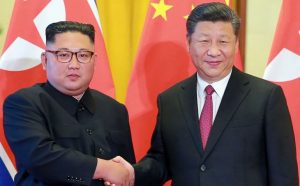 British, French and South Korean envoys voiced fear that North Korea would go ahead with a nuclear test, which would be its first since 2017.

The US-drafted resolution would have reduced the amount of oil that North Korea can legally import each year for civilian purposes from four million to three million barrels (525,000 to 393,750 tons) and similarly cut the level of refined petroleum.

One ambassador at the United Nations, speaking on condition of anonymity, said the United States went ahead in the last days of its May presidency of the Security Council despite knowing the Chinese and Russian opposition, believing inaction was worse.

“Their calculation,” the ambassador said, was “we cannot just allow this constant testing carried out without a reaction.” (Int’l Monitoring Desk)