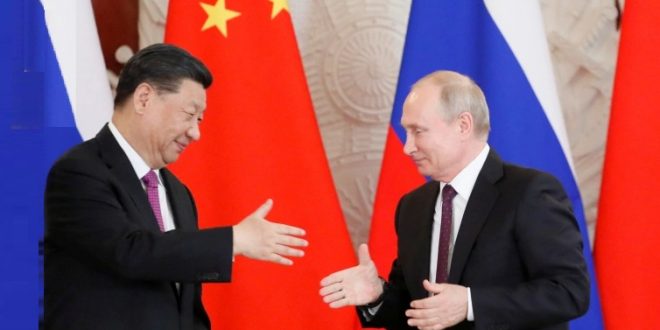 China hints at limits of friendship with Russia

BEIJING/ MOSCOW: As Russia’s economy gets hammered by sanctions, China has emerged as the key player with the potential to lessen its partner’s economic pain but amid Moscow’s deepening 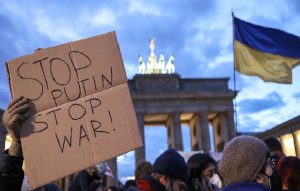 international isolation, there are growing signs that Beijing’s willingness to throw its strategic partner an economic lifeline may only go so far.

Even as Beijing has refused to term Russian President Vladimir Putin’s assault on Ukraine an “invasion” and condemned Western-led sanctions, Chinese state-owned financial institutions have been quietly distancing themselves from Russia’s beleaguered economy.

The moves suggest a careful balancing act by Beijing as it seeks to buttress ties with Moscow without openly violating sanctions, which could jeopardise its access to key Western export markets and the US dollar-centric international financial system. 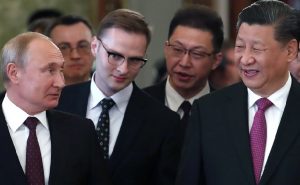 The report followed a Bloomberg article on Saturday that said the Bank of China and Industrial & Commercial Bank of China had restricted financing for purchases of Russian commodities.

Alicia García Herrero, chief Asia Pacific economist at Natixis in Hong Kong, said she expected Beijing to comply with US sanctions while continuing to support the Russian economy through the Chinese financial system.

“So in other words, they will comply with the letter of the law, but in my opinion, not the spirit of the law,” García Herrero added, describing Chinese banks’ recent actions as a “reflection of existing sanctions” but not a development that “means more”. 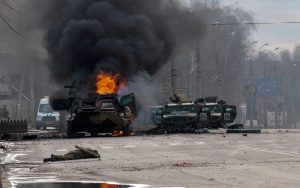 Beijing and Moscow have forged close ties in recent years, often aligning to oppose what they view as interference by the US and its allies.

Earlier this month, Putin held talks with Chinese President Xi Jinping in Beijing, where the two leaders declared that friendship between their countries had “no limits” and no “forbidden” areas of cooperation.

The meeting resulted in a raft of trade deals, including the signing of a 30-year contract for Russia to supply gas to China via a new pipeline. China’s trade with Russia rose to $146.9bn in 2021, according to Chinese customs data. Although up 36 percent year-on-year, that figure still remains only about one-tenth of the volume of the China’s combined trade with the US and EU.

While calling all parties involved in the Ukraine crisis to “exercise restraint”, Beijing has declined to condemn Russia’s invasion and expressed opposition to “all illegal unilateral sanctions”. 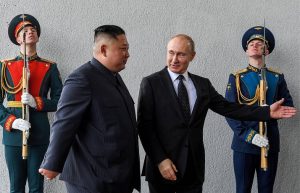 Last week, Chinese customs authorities announced the lifting of import restrictions on Russian wheat, global exports of which are worth $7.9bn annually, as part of the package of agreements sealed between Beijing and Moscow earlier this month.

The United States, European Union, United Kingdom, Japan, Canada and Australia have unveiled a raft of punitive measures against Moscow, which include expelling some Russian banks from the SWIFT international payments system, blocking Russia’s central bank from using its foreign reserves to support the value of its currency, and banning broadcasts of Russian state media. (Int’l News Desk)