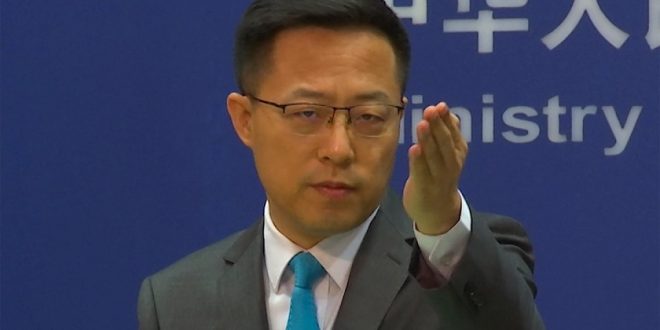 BEIJING/ LONDON/ WASHINGTON: China has accused the United States of being “the biggest threat to world peace, stability and development”, in response to accusations by the heads of security services in Washington and London that Chinese spying is a global threat and China is threatening international order. 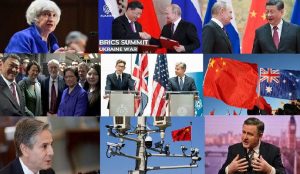 Chinese Foreign Ministry spokesperson Zhao Lijian’s comments on Thursday came a day after the head of the US Federal Bureau of Investigation (FBI) and the leader of Britain’s domestic intelligence agency, MI5, raised fresh alarms about the Chinese government, warning business leaders that Beijing is determined to steal their technology for competitive gain.

The heightened tone from Beijing also comes ahead of a meeting on Saturday between US Secretary of State Antony Blinken and Chinese Foreign Minister Wang Yi at the Group of 20 (G20) leading rich and developing nations’ ministers’ summit in Bali, Indonesia.

“The relevant US politician has been playing up the so-called China threat to smear and attack China,” Zhao told reporters at a daily briefing when asked about FBI Director Christopher Wray’s comments denouncing economic espionage and hacking operations by China and the Chinese government’s efforts to stifle dissent abroad.

“Facts have fully proven that the US is the biggest threat to world peace, stability and development,” Zhao said. 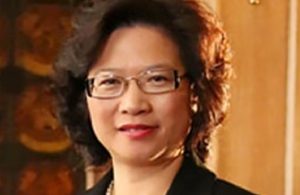 “We urge this US official to have the right perspective, see China’s developments in an objective and reasonable manner and stop spreading lies and stop making irresponsible remarks,” he said.

‘Covert pressure across the globe’

Wray’s speech was particularly notable because it took place at MI5’s London headquarters and alongside the British agency’s director-general, Ken McCallum, in an intended show of Western solidarity.

“We consistently see that it’s the Chinese government that poses the biggest long-term threat to our economic and national security, and by ‘our,’ I mean both of our nations, along with our allies in Europe and elsewhere,” Wray told attendees on Wednesday at the meeting of business leaders and officials.

MI5’s McCallum said the Chinese government and its “covert pressure across the globe” amounts to “the most game-changing challenge we face”.

In his response, Zhao said British intelligence was “simply projecting their own dishonorable behavior onto China”. 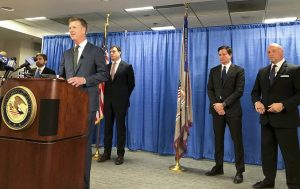 “The head of the British intelligence service should cast away [his] evil in mind, come out of the dark room and see the sunshine, and not always hold on to the zero-sum thinking or set up so-called imaginary enemies,” he said.

Zhao on Wednesday slammed Blinken’s comments at last week’s NATO summit in Spain, in which the US secretary of state accused China of “seeking to undermine the rules-based international order”.

Under President Xi Jinping, head of the ruling Communist Party, China has assumed an increasingly aggressive foreign policy, joining with Russia in seeking to undermine the influence of the US and its allies. (Int’l News Desk)