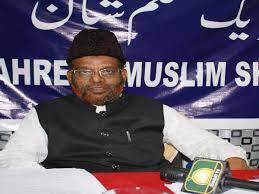 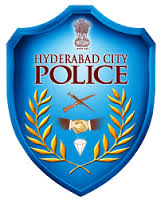 Hyderabad‘June 15 2022- Ahead of the proposed ‘Million March’ protest against blasphemous comments of Nupur Sharma against Prophet Mohammed on June 18, the Hyderabad police have booked Mohammed Mushtaq Mallik of the Tehreek Muslim Shaban for allegedly promoting enmity between two communities.

Taking suo-moto action against Mushtaq Mallik’s appeal on social media for a ‘million march’, the Chaderghat police have registered case under IPC sections 153(A) (Promoting enmity between two communities), 295(A) (intended to outrage religious feelings), 505(2) (hatred or ill-will between classes).

A cop working with the Chaderghat police station lodged a complaint statin that Mushtaq Mallik on his facebook page has been appealing to members of the Muslim community to join a million march at Indira park on June 18, in respect of remarks made against the Prophet Muhammad by BJP spokesperon Nupur Sharma.

In the message, he informed that the he is organizing a protest or the ‘million march’ after Zohar (afternoon) prayer at Dharna Chowk.

The president of TMS informed that booking cases against the respondents (Sharma and others) will not ‘satisfy’ Muslims and demanded their arrest. Mushtaq Mallik also said that persons who dishonour the Prophet “have no right to live”.

The police alleged that Mushtaq Malik wants to gain sympathy among Muslims community and is hence “provoking” a lot of youngsters towards attacking BJP spokesperson Nupur Sharma and Naveen Jindal. He gave the call for a ‘million march’ few days ago.