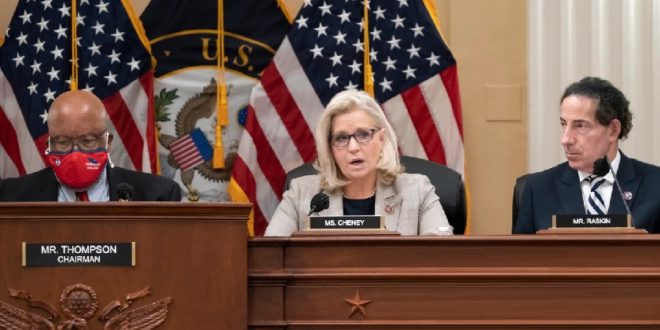 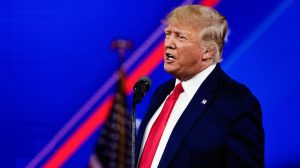 The House of Representatives select committee will seek an unprecedented charge of insurrection against a former US president, according to US media.

The panel is expected to publish its final report next week.

Trump supporters stormed Congress on 6 January 2021 in a bid to stop Joe Biden’s certification as president.

The justice department – which is already investigating Trump’s role in the unrest – is not obliged to consider referrals from any congressional panel.

Trump denies wrongdoing. On Friday his spokesman, Steven Cheung, said in a statement: “The January 6th un-Select Committee held show trials by Never Trump partisans who are a stain on this country’s history.”

The select committee is scheduled to hold its final meeting on Monday when any charging recommendations would be unveiled.

As well as insurrection, according to various outlets, the panel will suggest Trump be charged with obstructing an official proceeding and conspiracy to defraud the United States. 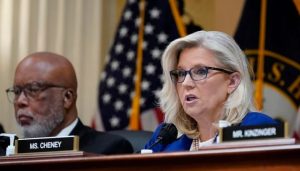 The nine panelists are expected to approve the final eight-chapter report, drawing on interviews with more than 1,000 witnesses, and submit it to the Department of Justice (DoJ).

The full report will be made public on Wednesday, said chairman Bennie Thompson, a Mississippi Democrat who is helming the select committee.

California congresswoman Zoe Lofgren, another member of the panel, told CNN on Friday that the lawmakers have “been very careful in crafting these (charging) recommendations and tethering them to the facts that we’ve uncovered”.

The House select committee has argued Trump spread claims that he knew were false about the 2020 presidential election being stolen, before pressuring state officials, the justice department and his own vice-president to help subvert his defeat. The panel accuses him of inciting the Capitol riot in a last-ditch bid to remain in power.

The DoJ is already investigating the then-Republican president’s actions surrounding the riot.

Seven days after the raid on Congress, the House impeached Trump for a second time on the grounds of incitement of insurrection. 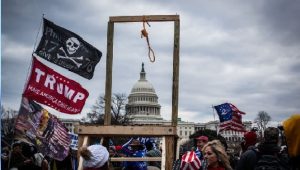 Trump, who is the only president to ever be impeached twice, was cleared by the US Senate.

Jack Smith is tasked with determining if the 2024 presidential candidate should be put on trial for mishandling classified files that were recovered during an FBI search of Trump’s Florida estate in August, or for encouraging the violent mob on 6 January 2021.

Hundreds of people have been charged with crimes in relation to the mass invasion of Congress.

Dozens of those have been convicted, including Doug Jensen – described as a “poster boy” of the riots by prosecutors as one of the first to breach the Capitol and Stewart Rhodes, leader of the far-right militia the Oath Keepers. (Int’l News Desk)