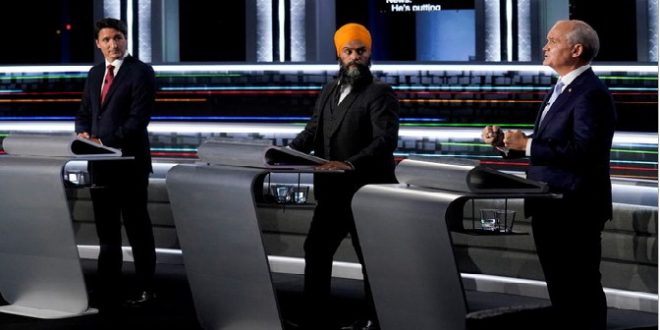 OTTAWA/ MONTREAL: Most polls have closed in Canada’s snap federal election, which has seen Prime Minister Justin Trudeau’s Liberals in a neck-and-neck fight against the opposition Conservative Party.

More than 27 million people were eligible to cast their ballots, according to Elections Canada, which administers the vote, and long lines were reported at polling places across the country throughout the day on Monday. 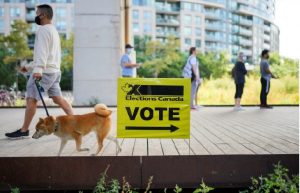 Polls close between 7 and 9:30pm local time across Canada’s six time zones, but the final results may not be known on Monday night, as election officials need to count hundreds of thousands of mail-in ballots.

Trudeau triggered the vote in mid-August, two years ahead of schedule – a gamble that experts said the Liberal leader took in hopes his government’s handling of the coronavirus would help the party regain the majority it lost in the last federal election in 2019 but the 49 year old, who has been prime minister since 2015, has faced angry protests along the campaign trail and many voters have criticized him for calling the vote during a fourth wave of the pandemic.

In the Montreal neighborhood of Parc-Extension, which falls within the Papineau riding where Trudeau is seeking re-election, local resident Edgar Mendoza, 65, said on Monday morning that he was casting his vote to “keep stability”.

“I like Mr Trudeau,” Mendoza told Al Jazeera in line outside a polling place. “Everyone does good things and sometimes bad things, but when you put everything on the balance, it’s positive,” he said about the prime minister’s record. 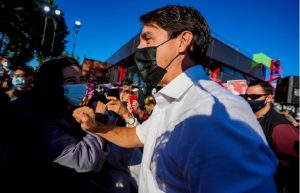 In the neighboring area of Villeray, also in the Papineau riding, 61-year-old Isabelle Faucher said she wasn’t enthusiastic about any of the political parties. “I feel like right now there aren’t really any leaders we can trust,” she told Al Jazeera, adding that the environment is a top priority for her.

“We waited until the last minute to vote because honestly we couldn’t decide,” she said. “Today we’ll make a decision hoping, in the best of all worlds, that it will represent the interests of all the Canadian provinces.”

The election campaign was dominated by concerns over COVID-19 and mandatory vaccines, investments in health and child care, economic recovery plans and housing – issues on which Trudeau and Conservative leader Erin O’Toole made their final pitches to Canadians on Sunday.

“Canada is at a crossroads. We now get to pick the right direction for our country, to keep moving forward or to let Conservatives take us back,” Trudeau said during a rally in Montreal.

Speaking to Conservative Party volunteers on Sunday in Markham, Ontario, just north of Toronto, O’Toole hit back at Trudeau, accusing the Liberal leader of calling “a $600m election rather than focus on the health of people”. 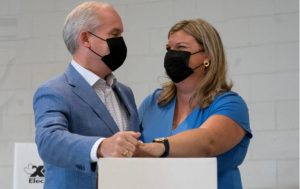 The Liberals were polling at 31.4 percent support on the eve of Election Day, according to CBC News’s Poll Tracker, which aggregates all public polling data, compared with 30.9 percent for the Conservatives and 20 percent for the left-leaning New Democratic Party (NDP) in third place but neither the Liberals nor Conservatives are expected to get the 170 seats needed to secure a majority government.

The Liberals are projected to win the most seats in parliament, CBC said, and the party has a three in five chance of getting another minority government. EKOS Politics also predicted late on Sunday that the Liberals would win a minority, “though it is unclear whether this will be a strengthened or diminished minority”.

While the Conservatives “stumbled” in the later stages of the campaign, EKOS said the Liberals “have been edging steadily upward over the past few days, particularly in Ontario”, the country’s most populous province but Daniel Beland, a professor at McGill University in Montreal and director of the McGill Institute for the Study of Canada, told Al Jazeera on Sunday that even if the Liberals appear to have a seat advantage, “it could still go either way”. 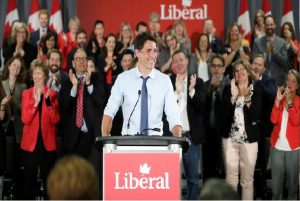 “There are a lot of different scenarios,” Beland said in an interview. “It will be, I think, a long night and it’s hard to make a projection.”

He also said that if Trudeau’s election gamble does not pay off – and the Liberals do not get at least a minority government – “it will be very, very hard” for him to stay on as party leader. O’Toole faces the same prospect, Beland added, if the Conservatives do not improve on their 2019 showing.

In the last election, the Liberals won 157 seats compared with 121 for the Conservatives.

The Bloc Quebecois finished with the third-most seats at 32; the NDP had 24 seats; the Greens won three seats and the last seat was won by an independent. (Al Jazeera) 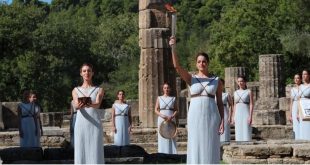