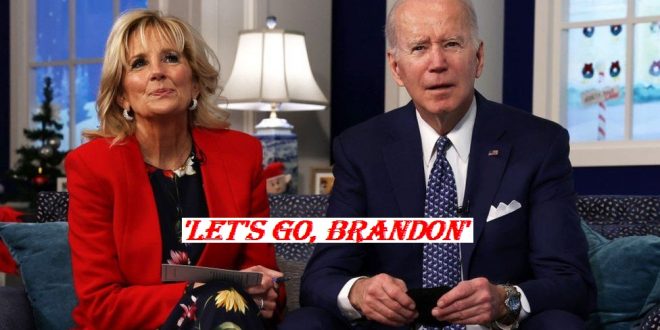 WASHINGTON: A caller has pranked US President Joe Biden by dropping an anti-Biden taunt into their chat during a White House Christmas event. 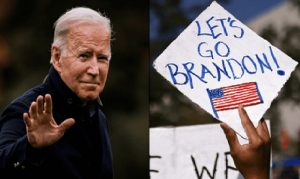 Biden and First Lady Jill Biden were hosting the festive call for families when a father told the president: “Let’s go, Brandon.”

Apparently unaware of the gibe, Biden said he agreed.

The term, which has become a rallying cry for many conservatives, is code for a profane insult directed at Biden.

The first couple were speaking virtually with children for a White House custom, tracking the journey of Santa’s sleigh via the North American Aerospace Defence Command.

During Friday’s event in the South Court Auditorium of the executive mansion, the Bidens spoke with a family from Oregon: Griffin, 11, Hunter, three, Piper, four, Penelope, two, and their father, Jared. 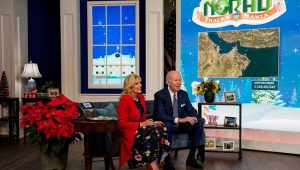 “OK, Dad, what do you want for Christmas?” asked Biden.

How did ‘Let’s go, Brandon’ start?

It all began at the end of a televised Nascar stock car race in Talladega, Alabama, on 2 October. NBC reporter Kelli Stavast was interviewing the winner, driver Brandon Brown, when members of the crowd in the grandstand behind them began chanting an obscenity directed at the president.

It was clearly picked up on the broadcast’s audio.

Whether by mistake or as an attempt to deflect from the swearing on live television, Ms Stavast told Brown the crowd was cheering him on with chants of “Let’s go, Brandon.”

A meme was born. 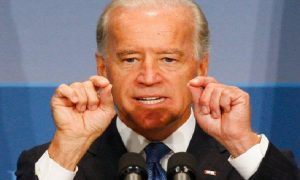 “I didn’t know you had a grandson named Hunter, that’s cool,” said Jared.

The president asked how old Griffin was.

Jared interjected: “I was going to say he has to cut some trees down to get a piano!”

The chuckling president reminded the children to be in bed by nine o’clock otherwise Santa might not show up.

The first lady said: “Have a merry Christmas, have a wonderful Christmas.” 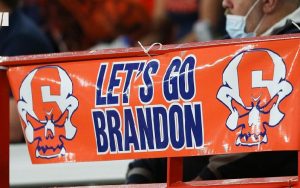 Biden told Jared: “I hope you have a wonderful Christmas.”

The father replied: “Yeah, I hope you guys have a wonderful Christmas as well. Merry Christmas and let’s go, Brandon.”

Biden added: “Hey, by the way, are you in Oregon? Where’s your home? I think we lost him.”

According to a recent Gallup poll, only 5% of voters who identify as Republican currently approve of the president’s performance.