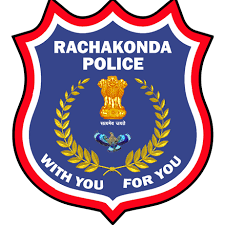 Hyderabad Oct 18 (PMI): In the  ongoing drive against drug peddlers to curb the menace of selling ganja within the limits of Commissionerate and create a sense of safety and security among college going students and youths to avoid falling into drug networks, C P. Rachakonda invoked PD act against the four drug peddlers and detained them in Central Jail Cherlapally.

earning his livelihood as a cab driver and Sheikh Mohammad (A-2), Sheikh Muneer (A-3) and Guttu Samaya (A-4). Known from A-2 to A-4 came in contact with the kingpin Sheikh Farid Iqbal (A-1) who was already involved in selling ganja and transporting it to the states of Telangana and Karnataka. Thus, he was familiar with the areas. All the four members decided to do Ganja business. According to their pan, they procure Ganja at cheaper rate from AOB (Andhra-Odisha Border) and selling the same to the needy people at Zahirabad and Narayanakhed of Telangana and Karnataka State. In the month of April 2022, the proposed detained procured 78 Kgs Ganja and brought it to Keesara on 23-04-2022 and dumped in car and kept at Sri Sai Nagar colony at Keesara limits. Meantime, on tip-off information, Police conducted vehicle checking at ORR Keesara and apprehended three accused persons where they were shifting Ganja in two cars to Zahirabad and Seized (78) Kgs Ganja. After that, the kingpin of this racket, Sheikh Farid Iqbal (A-1), was arrested by the Nacharam police and (22) kg more ganja was recovered from him. Thus, they are habitually involved in drug peddling activities to earn easy money in the area.

Now, with a view to prevent them from indulging in such Drug Peddling activities C P Rachakonda Sri Mahesh M. Bhagwat, I.P.S invoked PD Act against them and detained in Central Prison, Cherlapally on 18-10-2022. (Press Media of India)