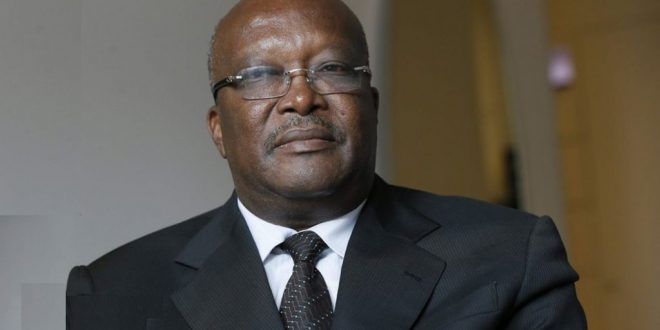 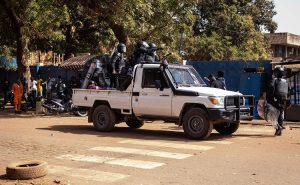 The news reports on Monday came a day after soldiers staged mutinies at several army barracks, prompting fears of a coup. Later on Sunday, heavy gunfire was also heard near Kabore’s residence in the capital, Ouagadougou.

On Monday morning, several armoured vehicles from the presidential fleet, riddled with bullets, could be seen near the residence. One was spattered with blood.

Two security sources and a West African diplomat told Reuters News Agency that Kabore was detained at a military camp. There was no immediate comment by the government, which on Sunday had denied that a coup was under way.

“We just passed the military base where Kabore is alleged to be confined at the moment,” journalist Henry Wilkins reported from Ouagadougou on Monday.

“Traffic is circulating as normal but there is an unusually high number of military personnel out on the streets around the presidential palace.” 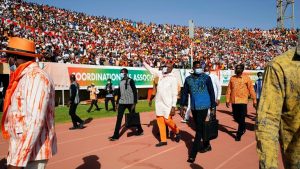 Talks between representatives of the soldiers and Defence Minister General Barthelemy Simpore failed to make headway, a government source said.

About a dozen hooded troops stationed themselves in front of the national broadcaster RTB, but it was not immediately clear if they were from the mutineers or had been sent by the government.

AFP news agency reported the president had been arrested along with other government officials.

“President Kabore, the head of parliament, and the ministers are effectively in the hands of the soldiers” at the Sangoule Lamizana barracks in the capital, two security officials said.

Two of the rebellious soldiers told The Associated Press by phone that Kabore was being held “in a safe place”, but would not specify where.

Kabore has led Burkina Faso since being elected in 2015 after a popular uprising overthrew longtime President Blaise Compaore, who was in power for nearly three decades. Kabore was 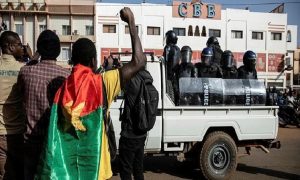 reelected in November 2020 for another five-year term but frustration has been growing at his inability to stem the spread of violence across the country.

Attacks linked to al-Qaeda and the armed group ISIL (ISIS) are escalating, killing thousands and displacing more than an estimated 1.5 million people. The military has suffered heavy losses.

Mutinous soldiers told the AP the government was disconnected from its forces in the field, that their colleagues were dying, and that they wanted military rule. A man they put on the phone said they were seeking better working conditions for Burkina Faso’s military.

“We want adequate resources for the battle” against armed groups, a soldier from the Sangoule Lamizana base said in a voice recording received by AFP. (Reuters + AFP)