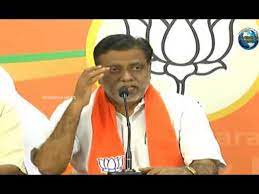 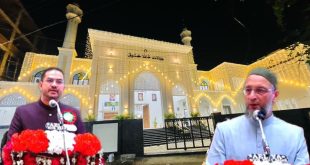 He stated that KCR was trying to make his minister son KTR as Chief Minister of Telangana in the name of BRS after becoming national president of his new born BRS party, and added that the Election Commission has merely issued a letter approving the name change as BRS from TRS and it has to meet guidelines of Election Commission to get national party recognition.

The BJP leader said the BRS will be a home of rehabilitation for some politicians, who were abandoned or sidelined by their respective parties in various States, he said and pointed out that the political situation was different when TRS was formed and KCR utilized sentiments of Telangana people to capture power with his hollow promises, he alleged. He said if BRS gets national party status in future it will be included as tenth political outfit in Indian politics after Congress, Trinamool Congress, NCP, CPI(M), CPI, BSP and National People’s Party (NPP). There were instances of leaders of national parties, who vie to defeat BJP and whose efforts were defeated by people of the country., he added

Subhash said the people of India have been extending support to Prime Minister Narendra Modi and his government for its developmental works and fulfilling the desires of all irrespective of their caste and religion.

Taking a dig on the claim that BRS will tell the people the need for qualitative change in the country, Subhash asked how can CM KCR who wanted to play national role make changes when he utterly failed to change living  standard of people. KCR became Chief Minister with his hollow promises and by misusing sentiments of Telangana people after formation of the new State, he added. (PMI)