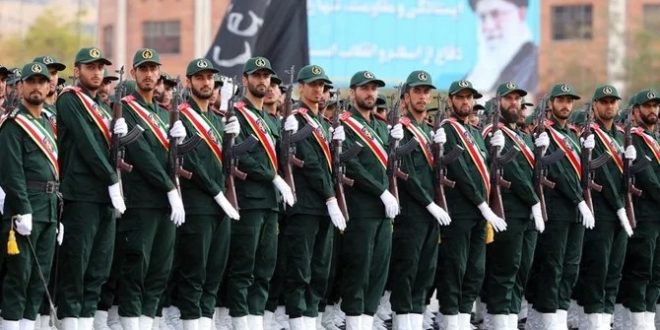 LONDON: Britain will officially declare Iran’s Revolutionary Guard, which has arrested seven people with links to the United Kingdom over anti-government protests, as a terrorist group, the Telegraph reported on Monday, citing sources. 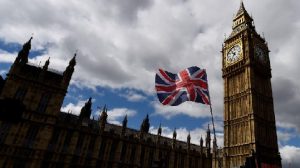 The move, which will be announced within weeks, is supported by Britain’s security minister, Tom Tugendhat, and Home Secretary Suella Braverman, the report said.

Proscribing Iran’s Revolutionary Guard as a terrorist group would mean that it would become a criminal offence to belong to the group, attend its meetings, and carry its logo in public.

The UK Home Office did not immediately respond to a request for comment on the Telegraph report.

Iran’s Revolutionary Guards last week arrested seven people with links to Britain over anti-government protests that have rocked the country following the death of Mahsa Amini, a 22-year-old Kurdish Iranian who was arrested for wearing “inappropriate attire”.

Earlier, Iranian President Ebrahim Raisi said on Thursday that “acts of chaos” are not acceptable, in a warning to protesters who have taken to the streets across the country in fury over the death of a woman in the morality police’s custody. 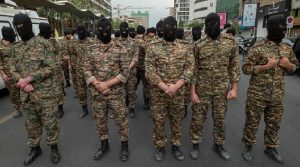 Speaking at a news conference on the sidelines of the United Nations General Assembly in New York, Raisi added he had ordered an investigation into the case of Mahsa Amini, 22, who died last week after being arrested for wearing “unsuitable attire.”

“There is freedom of expression in Iran … but acts of chaos are unacceptable,” said Raisi, who is facing the biggest protests in the Islamic Republic since 2019.

Women have played a prominent role in the demonstrations, waving and burning their veils, with some publicly cutting their hair in a direct challenge to clerical leaders.

Iran’s powerful Revolutionary Guards called on the judiciary to prosecute “those who spread false news and rumours,” in an apparent bid to take the steam out of nationwide demonstrations. (Int’l News Desk)