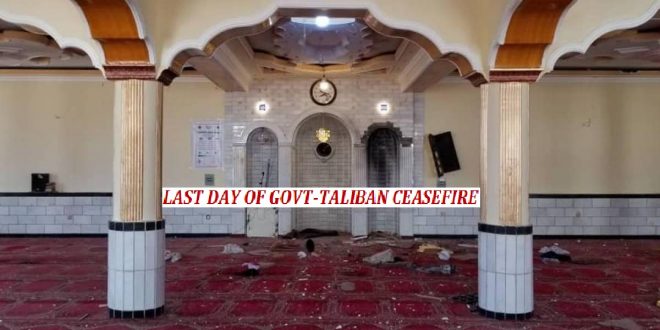 KABUL / ISLAMABAD: Dozens of more Shia people have been martyred and many other wounded in an explosion at a Shia mosque on the outskirts of Afghanistan’s capital, Kabul, according to police.

The blast during Friday prayers in Shakar Dara district came on the second day of a three-day ceasefire agreed between the Afghan government and the Taliban on the occasion of the Eid al-Fitr religious holiday. There was no immediate claim of responsibility.

Kabul police spokesman Ferdaws Faramarz said explosives had been placed inside the mosque beforehand, adding that authorities had opened an investigation. 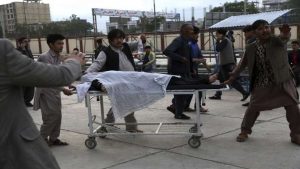 “The death toll has jumped to 12 martyrdoms including the imam of the mosque and 15 others are wounded,” said Ferdaws Framurz, a spokesman for Kabul police, updating an earlier toll.

An image circulating on social media showed three bodies lying on the floor of the mosque, where there seemed to be minor damage.

The explosion happened one day after at least 11 people were martyred in four separate incidents across Afghanistan that shattered the relative calm of the ceasefire agreed between the government and the Taliban.

Although there were no reports of direct fighting between the two warring sides as they observe the temporary ceasefire, roadside bombs continued to inflict casualties on civilians.

The blast comes after Afghan officials on Friday said the United States had pulled out completely from a major southern air base in the former Taliban stronghold of Kandahar.

US airstrikes were launched from the base just last week to help Afghan forces push back a major Taliban offensive.