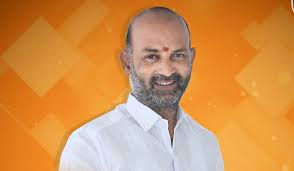 Hyderabad:Jan’31’2022- The Budget session of the Telangana Assembly is likely to generate a lot of heat as the BJP proposes to hold a ‘million march’ during the session. According to state BJP president Bandi Sanjay, the march would mark the beginning of a formidable people’s movement against the TRS-led government for letting down the unemployed youth with false promises. Launching the “Koti Santhakala Sekarana” (One crore signatures) programme here on Sunday, Sanjay said, the programme will highlight the desperate plight of the unemployed in the State. “The unemployed youth had aspired that they would get jobs if a separate state was created. Many sacrificed their lives during the agitation.