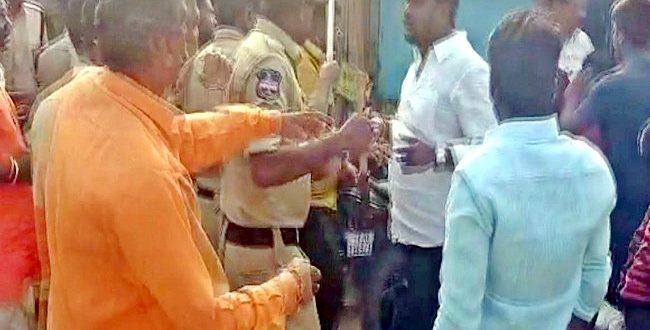 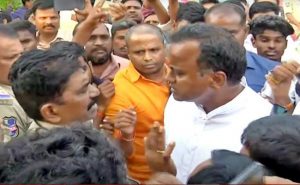 Munugode Bypolls Nov.3 -(PMI):  The polling for the ongoing Munugode Byelections was going on peacefully so far and with just an hour left for the polling time to end, clashes between the Opposition BJP and the ruling TRS workers erupted on Thursday.BJP candidate Komatireddy Rajagopal Reddy expressed anger at the behavior of the police in this process and said that they were siding with the ruling TRS party.

Tensions were rife again in Chunduru and Koritika polling stations. BJP leaders alleged that non-locals were roaming in the place and a few BJP workers got into an argument with the police. Police were seen trying to pacify the BJP leaders and allow the polling to go on peacefully there.

A clash broke out between TRS and BJP workers in Marriguda and police were rushed to disperse the two groups and they had to resort to mild lathi charges after the groups turned violent. The police forces are on high alert in all police stations and are ensuring that polling is conducted peacefully.

In another incident, a large number of voters from the local Thandas refused to vote as they were not provided facilities. Upon the assurance of the TRS Working President and IT Minister KT Rama Rao who promised to solve their problems, a large number of voters came out to vote at the polling centres. There is a possibility of a heavy turnout as voters were seen lined up in queues since afternoon who were eagerly waiting to cast their vote with the polling procedure to end by 6 pm.

In 2018, 91.3 percent of polling was recorded in the Munugodu constituency. As of now the approximate voter turnout around 5 pm recorded was 77.55% at the Munugode Assembly Constituency. (PMI)