Hyderabad, Nov.9 (PMI) BJP MLA Goshamahal T. Raja Singh was granted bail but with certain conditions on Wednesday. The Telangana High Court after hearing a petition filed by Raja Singh’s wife granted bail to the MLA  for his alleged derogatory and objectionable remarks made in a video against a particular religion. The High Court said that only the family members should be present at the time of release from jail. 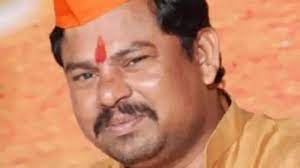 The court ordered the lawmaker to not make any provocative remarks or insult any religion.

The court also said that the lawmaker was not allowed to participate in press meets, rallies, or processions.

The court also ordered him to not post on social media for three months.

Raja Singh is currently lodged in Cherlapally Jail for the past two months under the Preventive Detention Act after his arrest on August 25.

Raja Singh was suspended from the party on September 2 for making these controversial remarks He had also replied to the showcase notice issued by the BJP high command. On September 5, the police applied the PD Act against him and he was taken to Cherlapally Jail.(Pressmediaofindia)