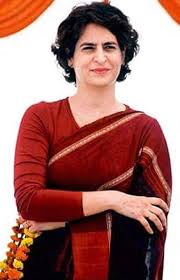 Hyderabad, Jan.28 (PMI): Senior Congress Leader V. Hanumantha Rao on Monday alleged that the rival BJP leaders were scared of their leader Priyanka Gandhi ever since she was made the general secretary of the party.

He alleged that Subramanyam Swamy was a negative person and was known for his blackmailing politics. He said that Swamy was after former chief minister of Tamil Nadu,  Jayalalitha and filed several cases against her. He asked Swamy to stop making personal criticism of leaders in politics and advised other BJP leaders to do noble and modest politics.(PMI)