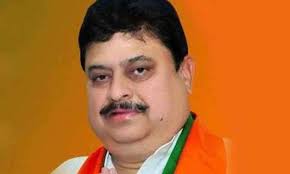 Hyderabad, Dec.10 (PMI): BJP former MLC N. Ramachandra Rao today slammed Chief Minister K Chandrasekhar Rao over the formation of BRS party. He alleged that the CM had changed the name of his political party in order to divert the attention of the people of Telangana State from his failed promises and other public problems. He demanded that the CM first fulfil his promise of farm loan waiver before talking about his BRS party.

He alleged that the CM was preventing the delivery of the Central government-run welfare schemes to the doorsteps of the people of Telangana. He said the dreams of KCR would remain dreams even after the formation of the BRS. He said their party would solve all farmers’ problems after coming into power. (PMI)