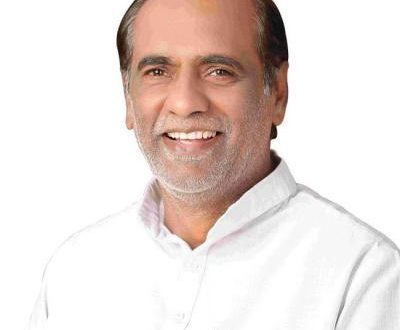 BJP Lashes out at govt over assembly session

Hyderabad, March 16 (PMI): The OBC Morcha of BJP today lashed out at the state government and criticised that the just concluded assembly session was held as the meetings of the ruling TRS party, congress and the AIMIM party.

The National president of the OBC Morcha Dr. K. Laxman alleged that CM KCR had used the state assembly as a platform to criticise the central government. Speaking to media persons at the state party headquarters, Laxman said that the CM had levelled allegations against the central government while taking part in discussion on the appropriation bill.  He claimed that KCR was more worried about the results of the five state assembly elections than his political rival congress party. He made it clear that the people of four states had given their vote to the double engine Growth heralded by the BJP.

He alleged that the assembly session had proved that both TRS and the congress party were one and the same . He alleged that the CM had talked about their party MLAs in the house even after suspending them.  He expressed surprise over the criticism of the BJP by CLP leader Mallu Bhatti Vikramarka.  He claimed that KCR had levelled allegations against prime minister narendra Modi as he sensed his defeat in the next assembly elections. Referring to the comments made by state minister KTR over Cantonment Board, he termed them as shameful. He said that the people of the state were aspiring to see the rule of the government which would ensure double engine growth in Telangana.

He claimed that KCR had announced the release of job notifications as he sensed a rebellion from the unemployed youth of the state. (PMI)