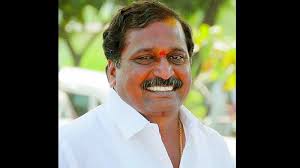 Big Blow to TDP in AP 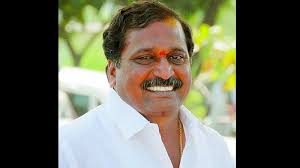 It may be mentioned here that Chakrapani is brother of Shilpa Mohan Reddy, who joined YSRCP recently, is contesting Nandyal Assembly by-election on YSRCP ticket. Chkrapani is likely to switch over to the main Opposition party in the State. When in the TDP, Shilpa Mohan Reddy had strongly opposed entry of Bhooma Nagireddy in TDP as both groups are strong rivals since a long time, political sources said.

With demise of Bhooma Nagireddy, his daughter Akhila Priya was inducted into the Chandrababu Naidu cabinet. With this, Shilpa brothers were disappointed and Mohan Reddy joined the YSRCP and was selected as candidate for Nandyal Assembly by-poll by the main opposition party.

Shilpa Chakrapani reportedly sent his resignation letter to TDP supremo and Chief Minister N Chandrababu Naidu by fax. YSRCP president Y S Jaganmohan Reddy reportedly assured Chakrapani that a responsible post would be given to him in the party.