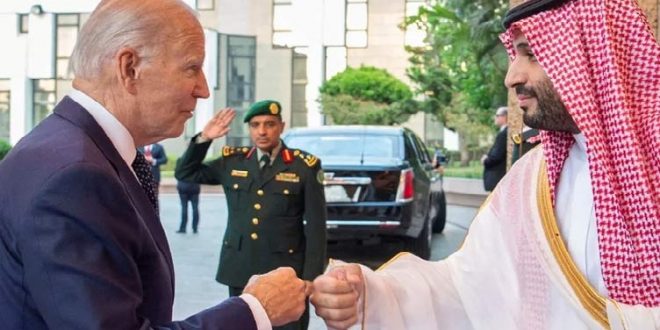 WASHINGTON: President Joe Biden pledged on Tuesday “there will be consequences” for US relations with Saudi Arabia after OPEC+ announced last week that it would cut oil production over US objections. 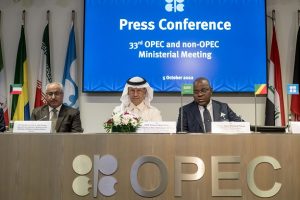 His announcement came a day after powerful Democratic Senator Bob Menendez, chairman of the Senate Foreign Relations Committee, said the United States must immediately freeze all cooperation with Saudi Arabia, including arms sales.

Biden, in an interview with CNN’s Jake Tapper, would not discuss what options he was considering.

White House press secretary Karine Jean-Pierre said a policy review would be conducted but gave no timeline for action or information on who would lead the re-evaluation. The United States will be watching the situation closely “over the coming weeks and months,” she said.

OPEC+ announced plans for an oil production cut last week after weeks of lobbying against one by US officials. The United States accused Saudi Arabia of kowtowing to Russia, which objects to a Western cap on the price of Russian oil spurred by the Ukraine invasion.

US officials had been quietly trying to persuade its biggest Arab partner to nix the idea of a production cut, but Saudi Arabia’s de factor ruler, Crown Prince Mohammed bin Salman, was not swayed. 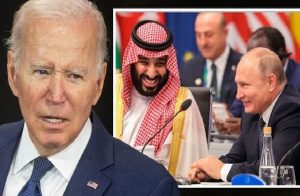 Bin Salman and Biden had clashed during Biden’s visit to Jeddah in July over the death in 2018 of Washington Post journalist Jamal Khashoggi, according to a source familiar with the situation.

John Kirby, the White House national security spokesperson, said Biden would work with Congress “to think through what that relationship ought to look like going forward.”

“And I think he’s going to be willing to start to have those conversations right away. I don’t think this is anything that’s going to have to wait or should wait, quite frankly, for much longer,” Kirby added.

State Department spokesperson Ned Price also said on Tuesday the Biden administration would not overlook Iran, a US adversary and a bitter regional rival of Saudi Arabia, in the review.

Much of US arms sales to Saudi Arabia have been made with Iran’s threat in the region in mind.

“There are security challenges, some of which emanate from Iran. Certainly, we won’t take our eye off the threat that Iran poses not only to the region, but in some ways beyond,” Price said. (Int’l Monitoring Desk)