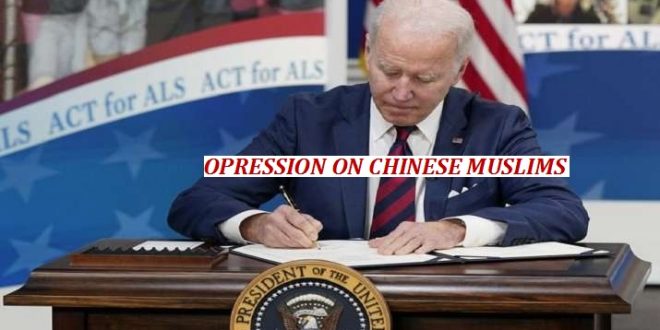 BEIJING/ WASHINGTON: Amid worsening relations between Beijing and Washington, President Joe Biden signed a new law on Thursday banning products made in China’s Xinjiang region because of China’s oppression of its largely Muslim Uighur minority population. 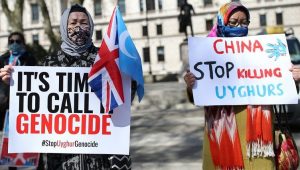 Pushed by members of the United States Congress, the law passed in both the House of Representatives and the Senate by unanimous votes earlier this month.

It imposes a near-blanket ban on the import to the US of goods from Xinjiang by requiring suppliers to first prove their products were not made with forced labour. Xinjiang is a large supplier of cotton and solar panels.

United Nations experts and rights groups have estimated that more than one million people, mainly Uighurs and members of other Muslim minorities, have been imprisoned in recent years in a vast system of camps in Xinjiang. The US and many rights groups have called it “genocide“.

“It is a horrifying human rights situation, fully sanctioned – as we now know – by the Communist Party of China,” US Senator Marco Rubio, the lead Republican sponsor of the bill, said last week.

China has rejected allegations of abuse in Xinjiang, accusing countries and rights organizations of launching “slanderous attacks” about conditions for Muslim Uighurs and other minorities in the far western region. 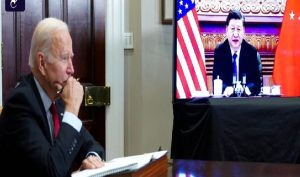 The Chinese embassy in Washington, DC, did not immediately respond to a request for comment from the Reuters news agency on the new US law on Thursday.

The legislation provides for sanctions on any individuals the US determines are responsible for forced labour in Xinjiang. It will complicate supply chains for some US companies that source materials from China.

Following a backlash in China, US chipmaker Intel Corp on Thursday apologized to Chinese customers and partners in a public statement on WeChat for having told suppliers in an earlier letter not to source products or labour from Xinjiang.

An independent UK-based tribunal ruled last week the Chinese government had committed genocide, crimes against humanity and torture of Uighurs and other minorities.

The US cited the situation in Xinjiang in a decision earlier this month to launch a diplomatic boycott of the upcoming Winter Olympics in Beijing.

On Tuesday, China announced sanctions on four members of the US Commission on International Religious Freedom in retaliation for penalties imposed on Chinese officials for the alleged abuses in the region. (Int’l Monitoring Desk)