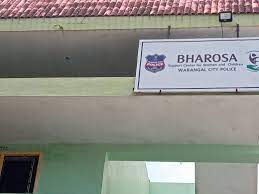 Warangal’Nov 25’2022-At a time when there is concern over the number of atrocities, including rape and physical torture, against women and children, efforts by the police department to reach out to the victims of sexual offences, domestic violence, and other crimes through the Bharosa Centre are yielding fruitful results, thanks to the State government’s efforts to check crimes against women and girls. 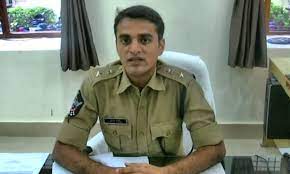 With an aim to provide all the help and support at one place, the Bharosa Centre was set up in Warangal on June 29, 2020, and the main objective of this centre is to reduce re-victimisation of women and children affected by violence and sexual abuse.

“A total of 278 cases were received by this centre since its inception in June 2020. While 141 cases related to the Protection of Children from Sexual Offences Act (POCSO Act), 107 cases of rape and 30 cases of kidnap (IPC-363) were also received the centre,” Warangal police commissioner Dr Tarun Joshi told ‘Telangana Today’.

The Centre conducted 71 awareness programmes and 46 home visits since June 2020. Since several victims come to the centre with injuries and health issues following physical and mental torture, the Centre provided the required treatment to them and helped them to move on in their lives.

“After success of the Bharosa Centre in Hyderabad city, the State government set up a centre in Warangal too. This centre provides integrated assistance through police, medical, legal, and prosecution services along with psycho therapeutic counselling apart from relief and rehabilitation for the victims as per their condition,” the CP said.

On the other hand, the police have also ensured compensation of Rs 79.35 lakhs to as many as 215 victims of rape, child abuse (POCSO ACT) and IPC 363 (Kidnap) under the Warangal police commissioner limits from 2018 to till the date.

The staff of the Bharosa centre is providing services to the victims with compassion. In one case, they got a 16-year-old girl who was raped and impregnated admitted to a hospital and ensured safe delivery. “Since the girl gave birth to an underweight baby, the staff took all steps to ensure suitable and timely treatment to both the mother and child,” the CP said, and showered praises on the staff of the Bharosa Centre for their commitment and humanitarian approach.