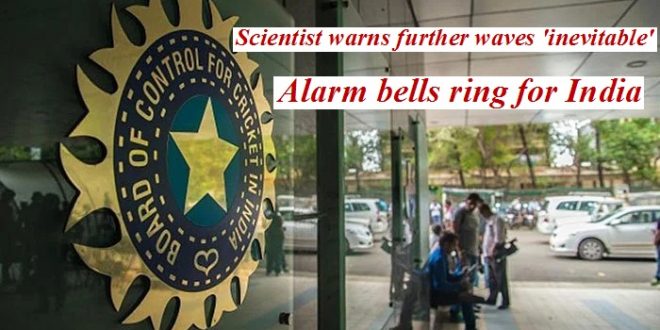 NEW DELHI: The Indian cricket board is in hot waters as it would be losing up to $270 million in revenue after the Indian Premier League (IPL) was postponed due to the COVID-19 crisis in the country, a senior official told media on Wednesday.

The world’s richest Twenty20 league was approaching its halfway stage before it was suspended indefinitely on Tuesday following bubble breaches in two venues.

“The ballpark figure for revenue loss would be to the tune of 20 billion,” Arun Singh Dhumal, treasurer of the Board of Control for Cricket in India (BCCI), told Reuters. That equates to about $270 million.

“Given all our contractual obligations, we are yet to find out what would be the actual figure,” he said, adding that the governing body’s immediate priority was to ensure the league’s foreign players returned home safely.

The eight-team IPL, featuring celebrity owners including the great and the good of business and Bollywood, attracts the biggest names in world cricket to a nation devoted to the sport.

STAR Sports bagged the IPL’s television and digital rights for 2018-2022 for 163.48 billion rupees, agreeing to pay about 545 million rupees per game in a 60-match season.

With only 29 games of 60 completed before the pandemic halted this year’s IPL, the BCCI could lose a chunk of that pot.

“You get paid for what you deliver,” said Thomas Abraham, co-founder of SportzPower, a company that monitors sports business in India.

STAR Sports supported the decision to suspend the league but its officials were not available to discuss the financial implications when contacted by media.

Indian cricket bosses are hoping to resume the league in late September, but that appears a tough challenge given the COVID-19 infection risks involved in a country being hit hard by the pandemic.

According to financial consultancy firm Duff & Phelps, the IPL’s brand value had already shrunk 3.6% to $6.19 billion last year because of the pandemic, which forced the BCCI to stage the league in the United Arab Emirates.

Duff & Phelps says its method estimates the value of a business based on the cash flows it is expected to generate over its lifetime.

Abraham said the league’s brand value had suffered this year too, before the suspension, as it forged ahead with games in the face of criticism from some cricket pundits, columnists and fans.

“SportzPower’s view is that IPL’s brand value has taken a hit because IPL promoter BCCI was tone-deaf in how it went about delivering the IPL in the middle of a raging pandemic,” he said.

The BCCI distributes half of its central pool of revenue, from broadcasting and the main IPL sponsors, among the eight team franchises.

A shrunken pool will mean a smaller share for the teams, but Punjab Kings co-owner Ness Wadia was unfazed.

“It is important that we considered the safety of the players. That is the utmost important factor,” Wadia told media.

“Personally, I have not thought about the financial losses. We will deal with that later. Right now we are focusing on ensuring safe return of the players.” 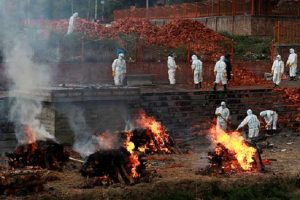 Earlier, India will inevitably face further waves of the coronavirus pandemic, as almost 4,000 people died in the space of a day, a top scientific adviser to the government warned on Wednesday.

With hospitals scrabbling for beds and oxygen in response to a deadly second surge in infections, the World Health Organization said in a weekly report that India accounted for nearly half the coronavirus cases reported worldwide last week and a quarter of the deaths.

Many people have died in ambulances and car parks waiting for a bed or oxygen, while morgues and crematoriums struggle to deal with a seemingly unstoppable flow of bodies.

The government’s principal scientific adviser, K. VijayRaghavan, warned that even after infection rates subside the country should be ready for a third wave.

“Phase 3 is inevitable, given the high levels of circulating virus,” he told a news briefing. “But it is not clear on what timescale this phase 3 will occur… We should prepare for new waves.”

Prime Minister Narendra Modi’s government has been widely criticized for not acting sooner to suppress the second wave, after religious festivals and political rallies drew tens of thousands of people in recent weeks and became “super spreader” events.

“We are running out of air. We are dying,” the Booker Prize-winning author Arundhati Roy wrote in an opinion piece that called for Modi to step down.

“This is a crisis of your making,” she added in the article published on Tuesday. “You cannot solve it. You can only make it worse….So please go.”

India’s delegation to the Group of Seven foreign ministers’ meeting in London is self-isolating after two of its members tested positive for COVID-19, Britain said on Wednesday

Foreign Minister Subrahmanyam Jaishankar, who is in London, said in a Twitter message that he, would attend virtually.

Deaths rose by a record 3,780 during the past 24 hours, health ministry data showed, and daily infections rose by 382,315 on Wednesday. The number has been in excess of 300,000 every day for the past two weeks.

Medical experts say India’s actual figures could be five to 10 times the official tallies. The country has added 10 million cases in just over four months, after taking more than 10 months to reach its first 10 million.

The opposition has urged a nationwide lockdown, but the government is reluctant to impose one for fear of the economic fallout, although several states have adopted social curbs.

In the latest move the eastern state of West Bengal, where voters dealt Modi’s party a defeat in an election last week, suspended local train services and limited working hours for banks and jewellery shops, among its steps to limit infections. 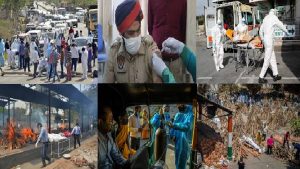 The central bank asked banks on Wednesday to allow more time for some borrowers to repay loans, as the crisis threatens a nascent economic revival.

The surge in infections has coincided with a dramatic drop in vaccinations because of supply and delivery problems, despite India being a major vaccine producer.

At least three states, including Maharashtra, home to the commercial capital of Mumbai, have reported a scarcity of vaccines, shutting down some inoculation centers.

Lengthy queues formed outside two centers in the western city that still have vaccine supplies, and some of those waiting pleaded for police to open their gates earlier.

The government said production capacity for the antiviral drug remdesivir, used to treat COVID-19 patients, has trebled to 10.3 million vials per month, up from 3.8 million vials a month ago but daily testing has fallen sharply to 1.5 million, state-run Indian Council of Medical Research said, off a peak of 1.95 million on Saturday.

The government says supplies are sufficient but transport woes have hindered distribution.

Meanwhile, the outbreak continues to spread.

In the remote state of Mizoram bordering Myanmar, beds in its biggest coronavirus hospital are in such short supply that all victims of other diseases have been asked to leave, said government official Dr Z R Thiamsanga.

Just three of a total 14 ventilators were still available.

“In my opinion, a complete lockdown is required to control the situation,” he told Reuters from the state capital, Aizawl.

Neighboring Nepal is also being overwhelmed by a surge of infections as India’s outbreak spreads across South Asia, the International Federation of Red Cross and Red Crescent Societies said.

With 57 times as many cases as a month ago, Nepal is seeing 44% of tests come back positive, it added. Towns near the border with India are unable to cope with the growing numbers seeking treatment, while just 1% of its population was fully vaccinated.

Meanwhile, with 412,262 new coronavirus infections on Thursday and a record 3,980 daily death toll, India reels from the second wave of the virus which is now spreading from its cities into the vast countryside.

COVID-19 infections in the world’s second-most populous nation have surged past 21 million, with a death toll of 230,168, health ministry data show.

With hospitals scrabbling for beds and oxygen in response to the surge in infections, the World Health Organization said in a weekly report that India accounted for nearly half the coronavirus cases reported worldwide last week and a quarter of the deaths. 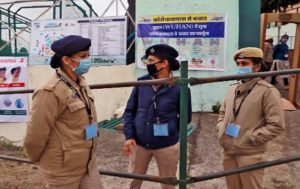 India’s COVID-19 crisis has been most acute in the capital, New Delhi, among other cities, but in rural areas – home to nearly 70% of India’s 1.3 billion people – limited public healthcare is posing more challenges.

In some villages where the charity works in the northern state of Uttar Pradesh – home to about 200 million people – “there are deaths in almost every second house”, he said.

“People are scared and huddled in their homes with fever and cough. The symptoms are all of COVID-19, but with no information available many think it is seasonal flu.”

The country’s top scientific adviser has warned of a possible third wave of infections.

“Phase 3 is inevitable, given the high levels of circulating virus”, “but it is not clear on what time scale this phase 3 will occur… We should prepare for new waves”, the government’s principal scientific adviser, K. Vijay Raghavan told a news briefing on Wednesday.

Prime Minister Narendra Modi has been widely criticized for not acting sooner to suppress the second wave after religious festivals and political rallies drew tens of thousands of people in recent weeks and became “super spreader” events.

The surge in infections has also coincided with a dramatic drop in vaccinations because of supply and delivery problems, despite India being a major vaccine producer.

However, 1.9 million samples were tested for COVID-19 on Wednesday, after a dip in daily testing numbers, the state-run Indian Council of Medical Research said on Twitter. Daily testing hit a peak of 1.95 million on Saturday.

U.S. President Joe Biden on Wednesday threw his support behind waiving intellectual property rights for COVID-19 vaccines, bowing to mounting pressure from Democratic lawmakers and more than 100 other countries, but angering pharmaceutical companies.

Biden’s top trade negotiator Katherine Tai cautioned deliberations would take time but that the United States would also continue to push for increased production and distribution of vaccines – and raw materials needed to make them around the world.