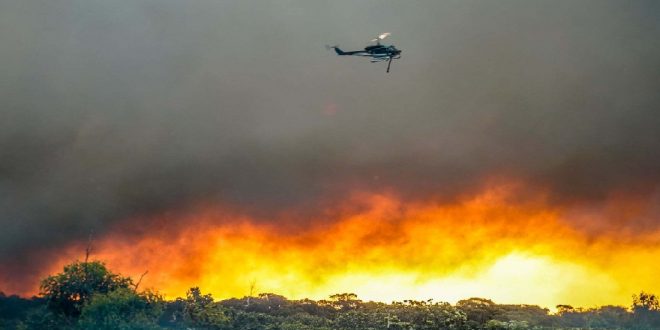 Battle continues against out of control bushfires in Australia

MELBOURNE: About 150 firefighters are waging a fierce battle to contain an out of control bushfire tearing through Margaret River in Western Australia. 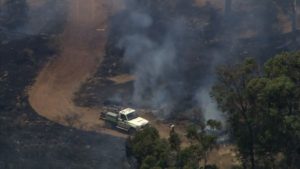 Campers and residents have been evacuated around the Leeuwin-Naturaliste National Park near Margaret River in Western Australia.

A bushfire emergency warning is in place as flames push north-east from Boranup towards the centre of Margaret River.

A giant tanker has been helping take up the fight head on after arriving from New South Wales on Wednesday morning.

Water bombers were deployed to help contain the blaze.

In Perth’s north-east, residents were also on high alert as a blaze at Lower Chittering threatened to close in on homes but the watch and act alert was downgraded to advice and the fire was eventually contained. 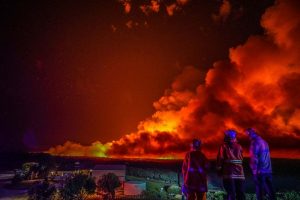 The increased bushfire activity comes amid a record-breaking heatwave in the state.

For only the second time in 90 years, Perth is experiencing maximum temperatures above 30C for seven straight days in early summer.

By 10am the mercury in Perth had already reached 32.6C.

The extreme heat is forcing trains to run 20kms slower on the Fremantle, Armadale, and Midland lines.