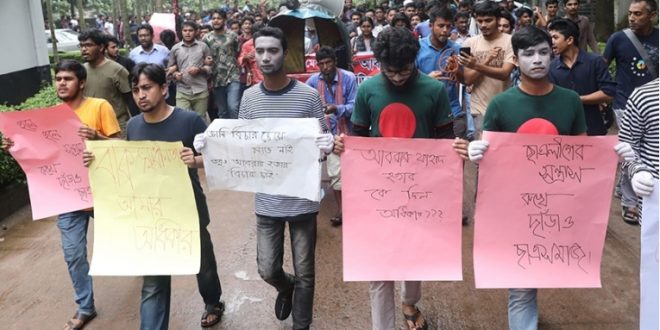 DHAKA: A court in Bangladesh has sentenced 20 university students to death and five more to life imprisonment for the killing of a fellow student who criticised the government on social media. 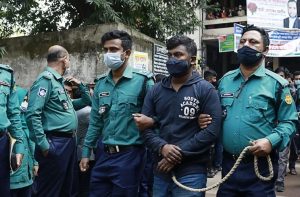 Abrar Fahad, a 21-year-old second year student of the country’s prestigious Bangladesh University of Engineering and Technology (BUET) was beaten to death on October 7, 2019 by 25 BUET students who were members of Chhatra League, the student wing of the ruling Awami League party.

The killing sparked widespread student protests, as thousands took to the streets across the country to demand justice.

Announcing the sentences on Wednesday, Judge Abu Zafar Md Kamruzzaman of Dhaka Speedy Trial Tribunal-1 said: “The court has given them the highest punishment so that such a gruesome incident does not happen again.

“We feel that we should not hesitate to use the sword of justice with the utmost severity, to the full and to the end, if the gravity of offence so demands,” the judge added.

Fahad’s father Barkat Ullah told reporters outside the court premise that he was “happy” with the verdict.

“I am not going to get my son back but this verdict is at least some sort of consolation for our family,” Ullah said, “I hope they [convicts] will be punished soon for what they did,” he said. 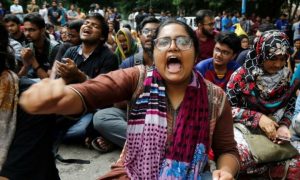 One of the defence lawyers, Faruk Ahmed, told media that he would appeal against the sentences.

Hours before his killing, Fahad published a Facebook post that criticized the Sheikh Hasina-led government for making a water-sharing agreement with India.

Dhaka and New Delhi have for decades struggled to sign a deal on sharing river waters. A controversial agreement on sharing water from the Ganga River has long been seen in Bangladesh as favorable to India.

After Fahad’s post went viral, he was summoned by Chhatra League activists at the university. Leaked security camera footage that was shared widely on social media showed him walking with some activists in a corridor of the dormitory. He was interrogated by the activists inside a room in the dormitory.

Court documents revealed harrowing accounts of how Fahad was clobbered with a cricket bat and skipping ropes for hours. Fahad’s body was later dropped from the staircase of the dormitory before doctors pronounced him dead the next morning. 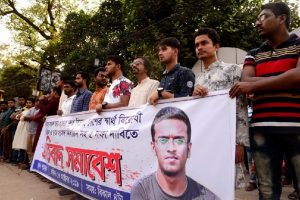 Police later arrested 21 people for their involvement in the killing and another suspect turned himself in. Three others named in the charge sheet remain at large.

Some activists from the student wing of the Awami League have been accused of killing, violence and extortion in recent years.

“We have to remember that all those handed death penalty and life imprisonment are meritorious students and were between 22-24 years. They were at their prime time of life,” he said.

“We have to address how they had turned into monsters”. 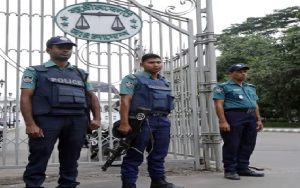 Nazrul said Chhatra League activists have come to feel a sense of entitlement on university campuses.

“The gruesome death of Abrar [Fahad] is a reminder of the level of lawlessness that years of overindulgence of Chhatra League by their parent body have resulted in,” said Nazrul.

Mizanur Rahman, director of student welfare of BUET, told Al Jazeera that the verdict delivered a “strong message” to students at universities across Bangladesh who indulged themselves in student politics.

“The verdict shows you can’t get away with wrongdoings even you are affiliated with the ruling party,” said Rahman. (Int’l Monitoring Desk)