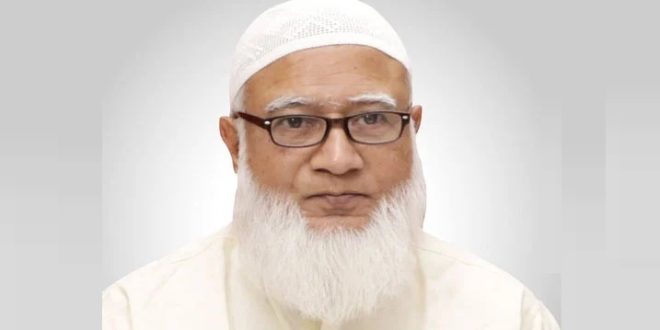 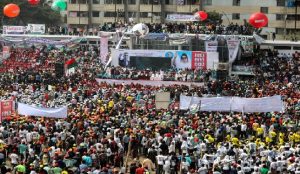 “Shafiqur Rahman was arrested from his residence at around 1 am on 13th December (19:00 GMT, December 12),” a statement from the party’s acting secretary general, Maulana ATM Masum, said on Tuesday.

“We are vehemently condemning and protesting his arrest,” Masum said, calling the authorities for his immediate and unconditional release.

For years, Jamat, the country’s third-largest political party, which has been banned from contesting elections since 2012, was a major ally of the main opposition Bangladesh Nationalist Party (BNP) and their coalition ruled the country between 2001-2006 but after Hasina came to power in 2009, Jamat’s entire leadership was arrested and tried for war crimes dating back to the country’s 1971 independence war against Pakistan.

Five of its top leaders were hanged between 2013 and 2016 after they were found guilty by a war crimes court. Hundreds of party activists were shot dead and tens of thousands were detained after they staged violent protests against the executions.

The party called the trials politically motivated and part of a wider vendetta against its leaders. 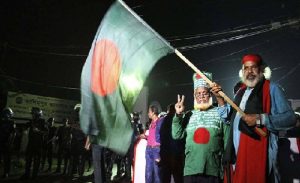 “I’ll efforts are going on to destroy the leadership of Jamat-e-Islami,” read the Jamat statement. “On one hand, they are talking of democracy and election, while on the other they are oppressing … the opposition leaders and activists. Practically, they do not believe in democracy.”

Rahman’s arrest came amid a continuing crackdown by the government since Saturday when tens of thousands of BNP leaders and supporters led a rally protesting against soaring fuel prices and cost of living in the country.

The opposition has been demanding Hasina step down and let a caretaker government hold free and fair elections as the South Asian garment manufacturing hub battled an emerging economic crisis.

The BNP has also demanded the release of Begum Khaleda Zia, the 76-year-old party head and two-time prime minister who has been in jail since being convicted on two counts of corruption in 2018.

The government’s crackdown has seen more than 2,000 BNP politicians and supporters including the party’s de facto chief and general secretary, Mirza Fakhrul Islam Alamgir arrested on charges of inciting violence during the rally, in which at least one person was killed and dozens, including several police officers, injured. 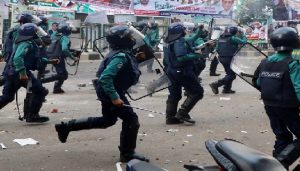 Jamaat and several left-leaning and centrist parties have supported the BNP’s demands. They also announced they would hold joint protests with the BNP in the coming days.

Hasina, in power since 2009, has had two national elections stained by opposition boycotts and alleged electoral malpractices under her watch.

Western governments along with the United Nations have expressed concerns over the political climate in Bangladesh, one of the fastest-growing economies in Asia.