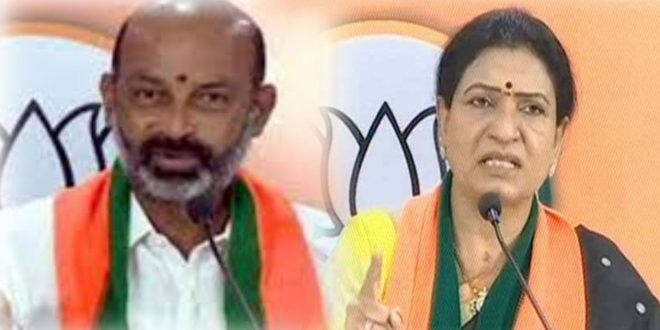 He said the attacks were being carried out by the TRS party activists as they were not able to face them in a democratic manner. He alleged that the ruling party activists were trying to suppress their voice by carrying out physical attacks against them. He made it clear that they were not scared of the assaults on them and warned the TRS leaders to not test their patience while noting that they cannot withstand the retaliatory attacks by their party activists.

Earlier, Bandi called up Aravind and enquired about the manner of the attack.

On the other hand, national vice-president of the BJP DK Aruna condemned the attack on the residence of party MP D. Aravind. She alleged that it was shameful that the TRS party activists had attacked the house of their party MP. She asked the police, who book cases against their party leaders and workers at the drop of a hat, she asked the police as to what kind of cases they would book against the TRS party leaders.

She alleged that the TRS party MLC K. Kavitha was responsible for the attack and demanded that the police book a criminal case against Kavitha also. She opined that Aravind’s family was facing a threat to his life from Kavitha and added that the attack of the TRS party activists on the residence of the MP was an example of the same. The party leader and former MP Boora Narsaiah Goud also condemned the attack. He said it was inhuman that MP’s mother was threatened by the attackers. (press media of india)