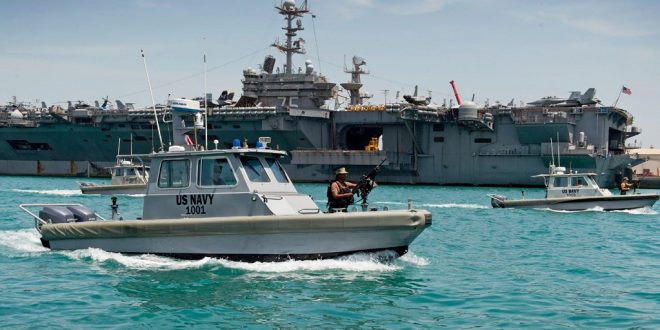 Bahraini opposition calls for disbanding US Naval Base

MANAMA: An opposition group condemned the presence of the US Navy’s Fifth Fleet in Bahrain, stressing the need for the massive American naval base in the Persian Gulf country to be disbanded.

“One of the most important functions and missions of the American military base is to preserve the Al Khalifa dynasty, which serves them in Bahrain. The base has trained Jordanian, Pakistani, Syrian and Yemeni mercenaries on how to suppress Bahrain’s popular uprising that began in mid-February 2011,” the February 14 Revolution Youth Coalition said in a statement. 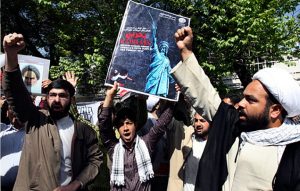 The opposition group highlighted that Bahrain, following the Manama regime’s normalization of relations with Israel in September 2020, has turned into a den of espionage as well as a leading center for reconnaissance and spying activities against Iran and resistance groups.

The Bahraini movement demanded the dismantling of the US Navy base at Juffair, located 8 kilometers (five miles) southeast of Manama, besides expulsion of all US and Israeli officers, security and military advisers.

“The problem today is not with the Iranian nuclear program, but rather with Iran’s geopolitical position and the revolutionary threat it poses to imperialism, Zionism and Arab bigotry, as well as its unwavering support for the Palestinian cause and Palestinian, Lebanese, Iraqi and Yemeni resistance factions,” the statement also read.

The February 14 Revolution Youth Coalition finally called on “all freedom-loving and honorable people across the Muslim world and worldwide to explore all available avenues, offer support and adopt principled positions in order to disband the Bahrain-based US base.” 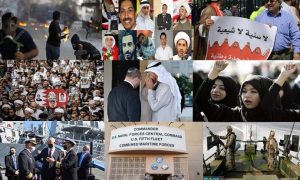 Bahrain’s most prominent cleric Ayatollah Sheikh Isa Qassim has said that drawing up a new constitution is the only way out of the political crisis in the protest-hit tiny Persian Gulf country, urging the regime in Manama to pursue an agreement with the Bahraini opposition instead of increasingly suppressing dissent.

Demonstrations have been held in Bahrain on a regular basis ever since a popular uprising began in mid-February 2011.

The participants demand that the Al Khalifa regime relinquish power and allow a just system representing all Bahrainis to be established.

Manama, however, has gone to great lengths to clamp down on any sign of dissent. (Int’l News Desk)