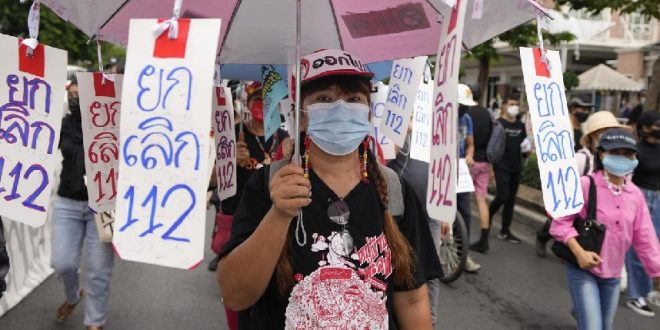 Authorities continue to clamp down on activists in Thailand

BANGKOK: In August 2020, a youth-led protest movement began to sweep across Thailand, calling for constitutional reforms to rein in far-reaching powers of the country’s monarchy. 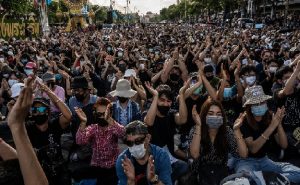 Their demands inspired hundreds of thousands of people across Thailand, but, over two years later, the scale and intensity of protests have waned.

Human rights lawyer Arnon Nampa helped inspire the movement back in 2020 after he broke long-standing taboos and openly demanded reforms of the monarchy during a rally.

Student-led groups followed up with a 10-point manifesto aimed at reining in the palace’s far-reaching powers, including cuts to the royal budget and repeal of lese majeste laws.

Thailand has some of the world’s strictest lese majeste laws. Under Article 112 of the Thai constitution, defaming or criticizing the Thai royal family can have serious legal consequences.

Arnon, who is facing at least 14 lese majeste charges, told DW that the movement to reform the monarchy has become more subdued.

“You cannot expect protests to take place every day, every month, that there would be tens of thousands or hundreds of thousands of people,” Arnon said. “Protests are just one part of the movement,” he added. 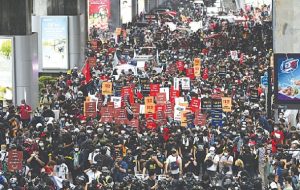 Thailand cracks down on lese majeste

At least 218 people, including 17 minors, have been charged with royal defamation in Thailand since November 2020, according to Thai Lawyers for Human Rights (TLHR).

More than half of the cases cited were related to online political expression, while about 45% stemmed from complaints filed by civilians, as the law allows individuals to bring lese majeste charges against others, according to TLHR.

TLHR also documented that at least 1,864 people were prosecuted for “political participation and expression” between 2020 and 2022.

“Many of our friends are still detained,” pro-democracy activist Patsaravalee Tanakitvibulpon told DW. “Some have been held for more than 200 days.” 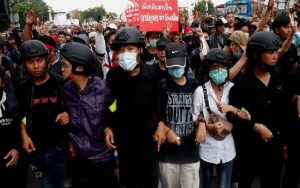 At the time of publishing, there are at least 11 political detainees, including three on lese majeste cases.

Patsaravalee said courts had repeatedly denied bail requests, and that campaigns to release activists no longer grab as much public attention. She said the government had made people “numb and accustomed” to protesters being detained.

Released from jail with a muzzle

For those who have managed to get released on bail, their conditional liberty often comes along with a hefty bond and vague conditions that limit their freedom of expression and movement. (Int’l Monitoring Desk)