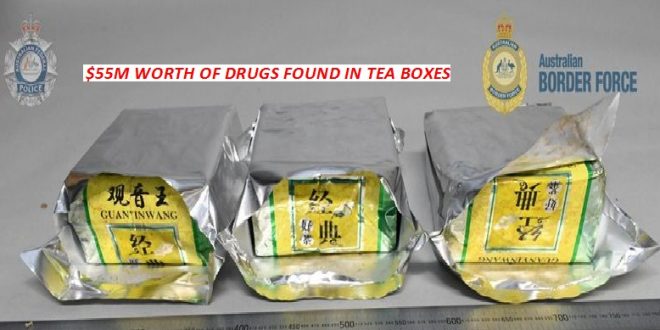 Australia becoming one of most risky counties in world 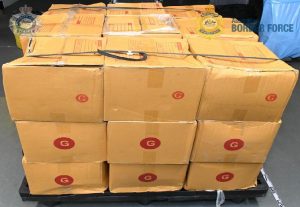 MELBOURNE: Beside all so-called efforts and despite entire anti-smuggling struggles, the Australia is becoming one of worst, lawlessness, dangerous, violent and risky country in world while neither almost total LEAs and rulers nor concerned sections are seemed to be worried in this regard, sources told PMI.

According to sources, during another bid, more than $55 million worth of drugs have been found hidden in boxes of green tea and magnets that arrived in Melbourne from Thailand.

Australian Border Force officers seized a package containing 27 boxes of magnets and tea products sent via air on February 19 after X-rays uncovered 56kgs of methamphetamine and 13kgs of heroin.

The X-rays showed anomalies and the drugs were identified following further examination, with 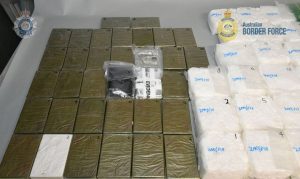 the substances then returning positive results for methamphetamine and heroin.

The Australian Federal Police has launched an investigation into the illegal import.

Street dealers could have sold the methamphetamine to approximately 560,000 people, worth a total estimated value of up to $50.4 million dollars, police said.

Police estimated the heroin has a street value of up to $5.5 million dollars.

AFP Commander Raegan Stewart said the force was “one step ahead” of drug smugglers. 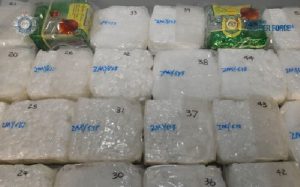 “Those with illicit substances in their system are unpredictable and it’s not just their health they are putting at risk, but those around them.”

“Criminals will try to hide illicit substances in a variety of creative ways, however our well-trained officers have many detection methods at their disposal with officer intuition and use of innovative technology often the driving factor for further examination of many consignments,” he said.